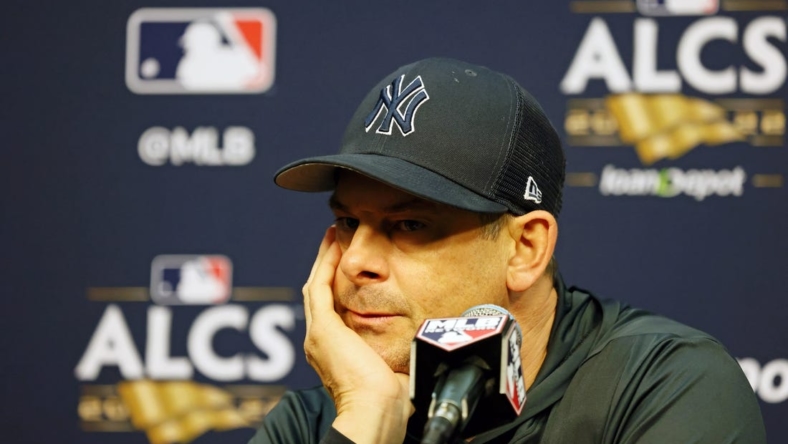 Aaron Boone is set to return to the dugout in 2023 as manager of the New York Yankees.

Owner Hal Steinbrenner indicated he’s pleased with Boone’s performance, according to the Associated Press. Boone just completed the first season of a three-year deal with a team option for 2025.

“As far as Boone’s concerned, we just signed him and for all the same reasons I listed a year ago, I believe he is a very good manager,” Steinbrenner said as he departed the Yankees player development complex in Tampa. “I don’t see a change there.”

The Yankees were swept in four games by the Houston Astros in the American League Championship Series. New York hasn’t reached the World Series since beating the Philadelphia Phillies in 2009.

The Yankees also are at risk of losing AL MVP favorite Aaron Judge as a free agent. Judge, who set an AL record with 62 homers, turned down a seven-year, $213.5 million deal before the start of the season.

The future of general manager Brian Cashman also needs to be cleared up. Cashman has been the team’s GM since 1998.

“We haven’t talked about anything yet,” Steinbrenner told the AP. “Cash and I had some preliminary conversions.”