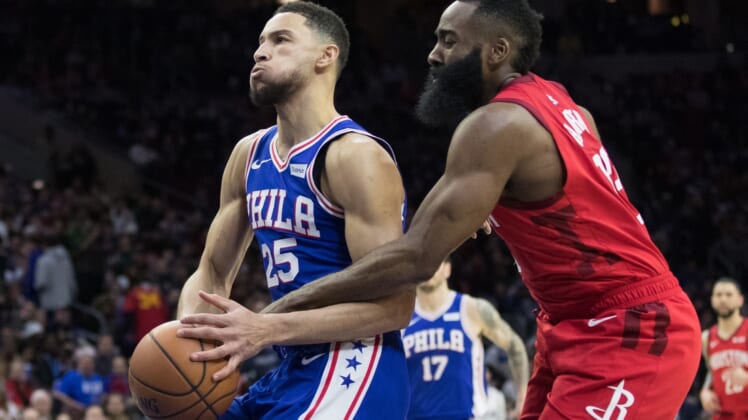 The report came approximately 90 minutes before the NBA’s trade deadline at 3 p.m. ET.

The Nets were expected to compete for the NBA title behind Harden and fellow stars Kevin Durant and Kyrie Irving. But Durant is injured, Irving is a part-time player because of his refusal to get vaccinated against COVID-19, and the Nets have dropped nine straight games to fall to eighth place and the play-in position in the NBA’s Eastern Conference.

Harden, 32, has a hamstring strain and hasn’t played since a loss to the Sacramento Kings on Feb. 2.

Simmons has not played this season and asked to be traded. The Simmons camp reportedly cited mental health issues and an inability to mesh on the court with teammate Joel Embiid as reasons for wanting to leave.