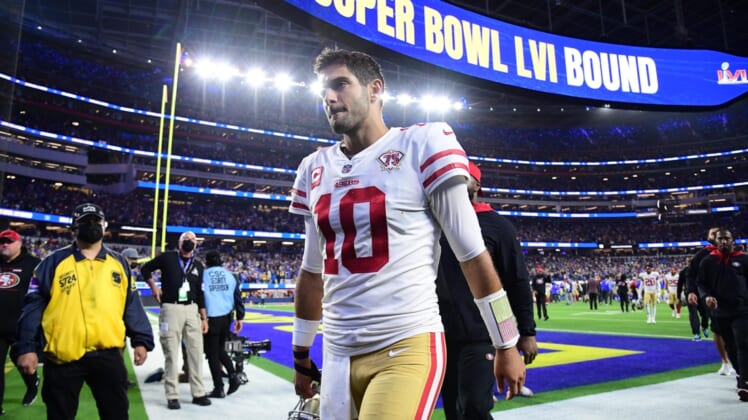 He will be sidelined until early July, but indications are he will still be traded this month as there is “significant interest” from multiple teams, per the report.

He played through that injury, as well as a thumb injury, as San Francisco advanced to the NFC title game before losing 20-17 to the eventual Super Bowl champion Los Angeles Rams. His thumb does not need surgery, ESPN said.

Garoppolo completed 68.3 percent of his passes for 3,810 yards, 20 touchdowns and 12 interceptions in 15 games during the regular season, posting a 9-6 record.

Trey Lance, the No. 3 overall pick in the 2021 NFL Draft, is the heir apparent at quarterback for the 49ers heading into the 2022 season.