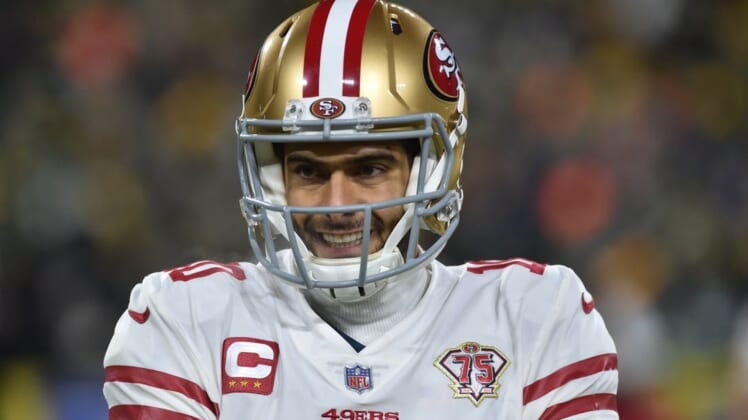 The San Francisco 49ers have given the agents for quarterback Jimmy Garoppolo permission to seek a trade, ESPN reported Wednesday.

Garoppolo, 30, was cleared to start practicing after recovering from shoulder surgery, per the report.

The 49ers are expected to turn over the offense to second-year quarterback Trey Lance, the No. 3 overall pick in the 2021 NFL Draft.

Garoppolo had a procedure on his right shoulder in March and was excused from offseason activities, including a mandatory minicamp last month.