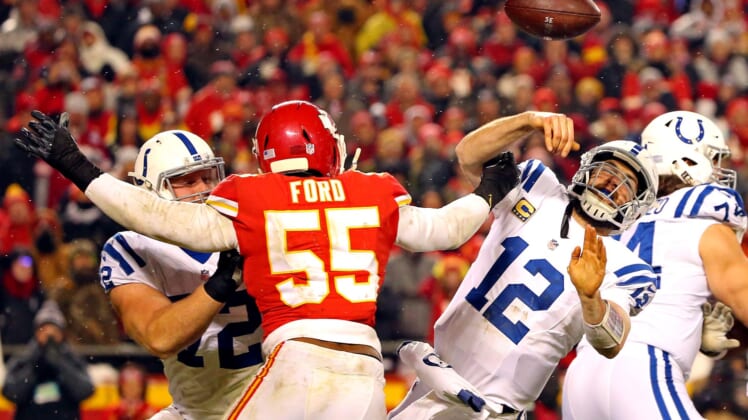 Dee Ford reportedly has both a new team and a new contract. The Kansas City Chiefs have reportedly sent Pro Bowl pass rusher Dee Ford to the San Francisco 49ers.

The deal, which had already been speculated upon, was reported by ESPN’s Josina Anderson. She also reported that when the deal is official, the 49ers will sign Ford to a new contract.

Sounds like the #49ers will give Dee Ford a multi-year deal once the trade becomes official in the line of 5 years/$87.5M, per source. https://t.co/McLKKxheel

Per Albert Breer of The MMQB, Kansas City will receive a 2020 second round pick in return.

Ford had the best season of his career in 2018, recording a career high 13 sacks. While injuries limited him to six games in 2017, Ford also hit double-digit sack totals in 2016, recording 10. He led the NFL in quarterback pressures this past season.

On paper, this will improve the San Francisco defense. In 2018, the 49ers had only 37 sacks, which was tied for 22nd in the league.