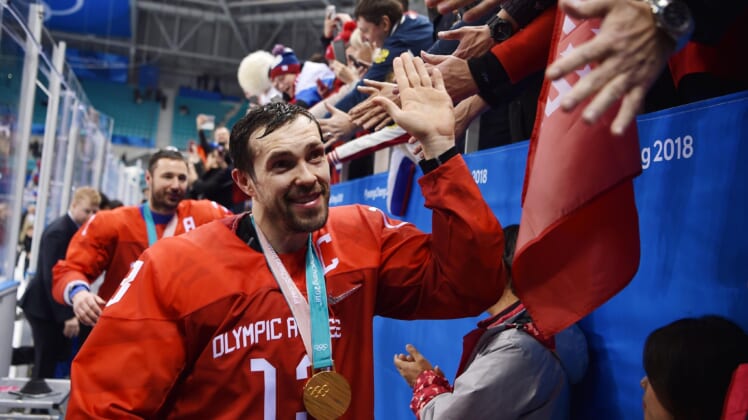 If you feel the year 2020 has been pretty wild so far just hold up a minute because Pavel Datsyuk has entered the chat. The former Detroit Red Wings superstar is apparently “holed up” in a monastery with his spiritual leader.

These days, the now 41-year-old is playing in the KHL which is Russia’s premiere hockey league.

He is also a very spiritual person. That brings us to Father Sergius whom Pavel has said, “Father Sergius has been my spiritual father for more than 10 years. He has a burning, loving heart, he sees me through and through.”

According to a translated report in RT, Father Sergius has refused to stop services due to the COVID-19 pandemic. It is his belief that this is a hoax being used by nefarious groups to implant microchips in people. It has now gotten to the point that the monastery is being guarded by local Cossacks with military training.

Are you done shaking head and rubbing your eyes? Trust me, you read that correctly. I’ve even spoken to several Russian/KHL reporters to determine the validity of these stories, and it appears it has been circulating through various news outlets for several days.