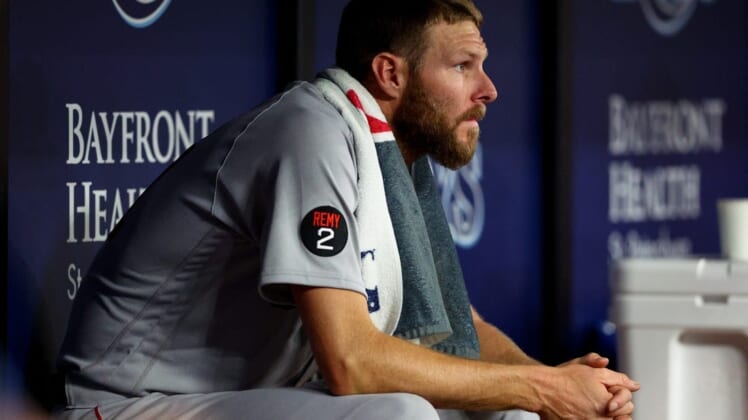 Boston Red Sox left-hander Chris Sale underwent surgery on his broken left pinkie finger on Monday, with multiple reports saying that the seven-time All-Star could return before the end of this season.

Per the team’s announcement, Sale “underwent an open reduction and internal fixation of a left fifth finger proximal phalanx fracture” after being hurt in just his second start of the season on Sunday.

Against the New York Yankees, Sale was struck on his throwing hand by a line drive hit by Aaron Hicks with two outs in the first inning, forcing him to depart after just 24 pitches. The ball caromed into right field, allowing Gleyber Torres to score to give New York a 3-0 lead in an eventual 13-2 Yankees victory.

Sale was making his second start since returning from a fractured rib cage suffered in late February while he was working out on his own during the major league lockout. In his first start of the season, Sale threw 78 pitches in five scoreless innings versus the Tampa Bay Rays on July 12.

The Red Sox hit the All-Star break at 48-45 in fourth place in the American League East, 16 1/2 games behind the first-place Yankees.