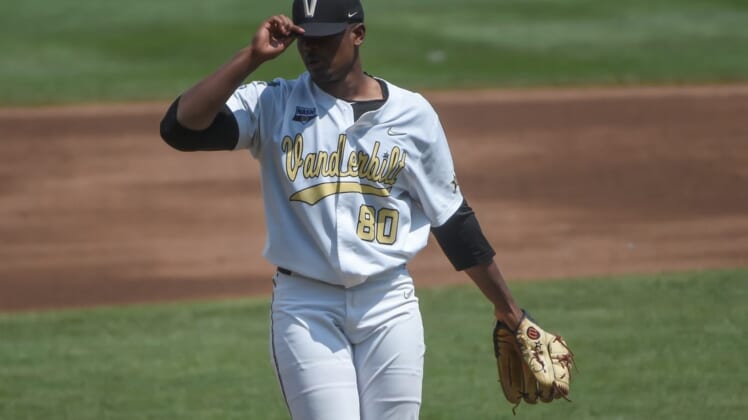 The 22-year-old right-hander passed his physical and will receive a $5.2 million signing bonus, USA Today reported.

“The Texas Rangers are excited to have Kumar Rocker joining our organization,” said general manager Chris Young in a news release. “Kumar is an elite competitor with the potential to make a major contribution for the Rangers, and we look forward to watching his development. We will be working with Kumar in the short term on the appropriate training and pitching program for the remainder of the 2022 season.”

Rocker was 1-0 with a 1.35 ERA in five starts for the Tri-City Valley Cats of the independent Frontier League earlier this summer. He struck out 32 and walked four in 20 innings.