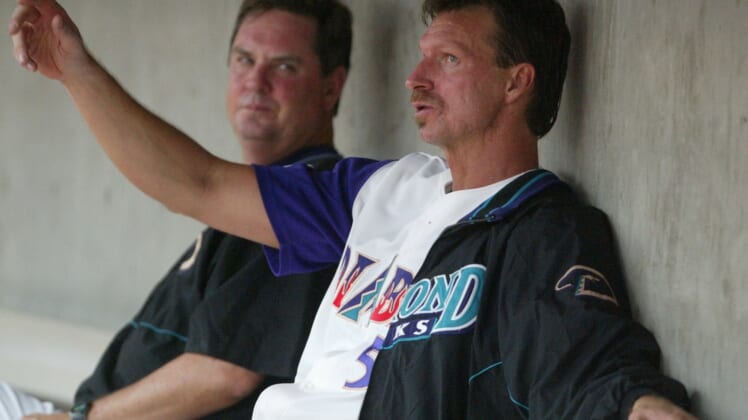 The five-time Cy Young winner and Hall of Famer finished his career with 303 wins and a whopping 4,875 strikeouts (good enough for second all-time behind Nolan Ryan).

With that said, Johnson is known almost as much for an incident that took place in Arizona during a Spring Training game back on March 24, 2001. Then a member of the Arizon Diamondbacks, Johnson was taking on the San Francisco Giants.

That’s when the improbable happened. One of the craziest moments in MLB history saw Randy Johnson hit a bird as he delivered the ball to the plate. For the youngsters out there, this might be the first time you’ve seen the incident in question. Be prepared.

Ultimately, the play was ruled a “no pitch” as both the catcher and umpire stood on shock, trying to figure out what had exactly happened.

The bird in question was a dove and perished right there after being hit by a Johnson fast ball that was said to be traveling at between 100 and 103 miles-per-hour.

It didn’t come without some more controversy, either. Giants infielder Jeff Kent took it upon himself to pick the bird up off the diamond before pointing it in Johnson’s direction. The Big Unit, as he is known, didn’t find too much humor in that. “I didn’t think it was all that funny,” Randy Johnson said.

At the risk of defending PETA, some had jokes about the indicent 21 years after it happened.

21 years later, and people still have their jokes over Randy Johnson bird incident