Rams activate Cam Akers as one of four running backs 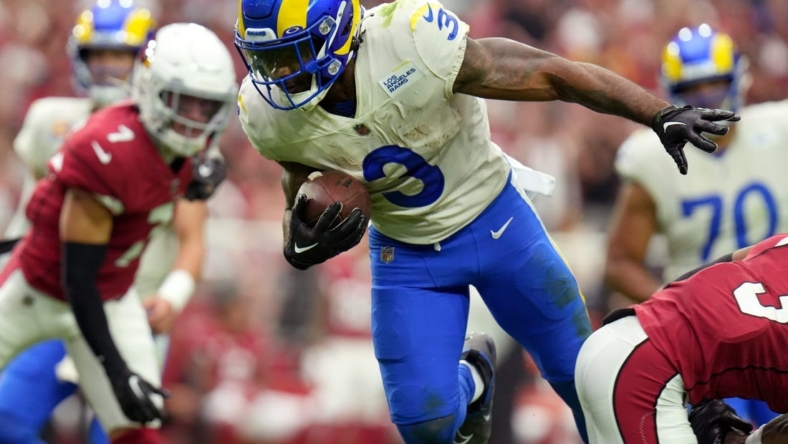 The Los Angeles Rams activated running back Cam Akers for Sunday’s game against the Tampa Bay Buccaneers after he missed the past two games while in a dispute with the coaching staff.

Akers returns to Tampa Bay where he had a pair of fumbles for the Rams in a divisional-round playoff game last season, won by Los Angeles 30-27.

Akers has 151 yards on 51 carries and one touchdown this season. For his career, he’s recorded 779 yards, three rushing touchdowns and a receiving score.

“We’re a better team when (Akers) ends up being the guy that we know,” Rams head coach Sean McVay said during the week. “Sometimes you got to be able to work through things and have good conversations. … The most important thing for us is he’s back.”

The Rams also activated running back Ronnie Rivers from the practice squad, as well as tight end Jared Pinkney. Rivers and Akers will be half of the Rams’ four-RB arsenal Sunday with Darrell Henderson Jr. and Malcolm Brown also active.

In other moves by Los Angeles, linebacker Travin Howard was activated from injured reserve and tackle Chandler Brewer was elevated from the practice squad.