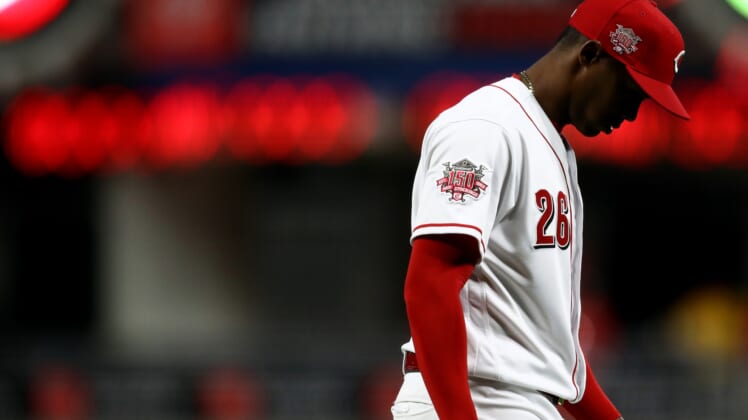 Cincinnati Reds closer Raisel Iglesias isn’t happy with the way the team is using him this year and lashed out at the organization on Monday.

Speaking with the Cincinnati Enquirer, he said the Reds are using him “horribly wrong.”

“You can see the other closers, they don’t pitch in tie games,” Iglesias told The Enquirer. “I’m the only one who comes in tie games and I’ve given up homers and I’m losing some games. I feel really bad.

“I already have five losses, something that hasn’t happened (to anyone else) in the big leagues. Five losses in the first month of ball. That shouldn’t be like that.”

Cincinnati paid Iglesias big money (three-year deal worth $21.125 million) last November to be the closer. Yet he’s been put into positions this season where there are no save opportunities — six times he’s been put into games with the score tied. He’s lost five of those games, and clearly that is having a negative impact on his confidence.

That’s a huge factor for any pitcher. But for closers, a loss in confidence can be devastating. Obviously, Iglesias has to perform, no matter what situation he’s dropped into. Yet it’s notable that he is being treated differently than most closers around MLB.

So far this season, Iglesias has a career-worst 4.86 ERA, along with six saves, and of course the five losses — by far the most of any closer in MLB.