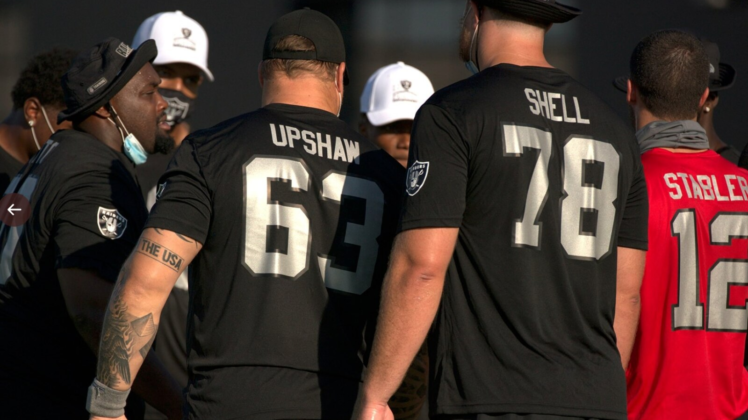 Jon Gruden’s desire to connect the current players to the names and legends of the past means a new tribute during Raiders training camp.

When the Las Vegas Raiders training camp got underway on Monday morning, the great names of Raiders past were seen on the field in the form of player jerseys donned by the current team’s roster.

Always appreciative of the Raiders rich history and tradition, Jon Gruden has had his current players wearing classic jerseys during the Raiders training camp in 2020. The team published photos of the offense wearing the honorary jerseys and current tight end Foster Moreau talked about it with the media this morning.

“I got lucky, I got Raymond Chester,” Moreau said. “Waller got Todd Christensen, and Witten got the Ghost’s number 87.”

Raymond Chester was the Raiders legendary tight end who played with the franchise twice during his career including as a member of the 1980 Super Bowl champion Raiders squad.

With the team’s move to Las Vegas, and the youth movement in the organization, the connecting of the current roster to the rich and winning tradition of the franchise is wise. Not only are the players learning more and more about the men who wore the silver and black before them, the new generations of Raiders fans in Nevada are also getting a valued history lesson.