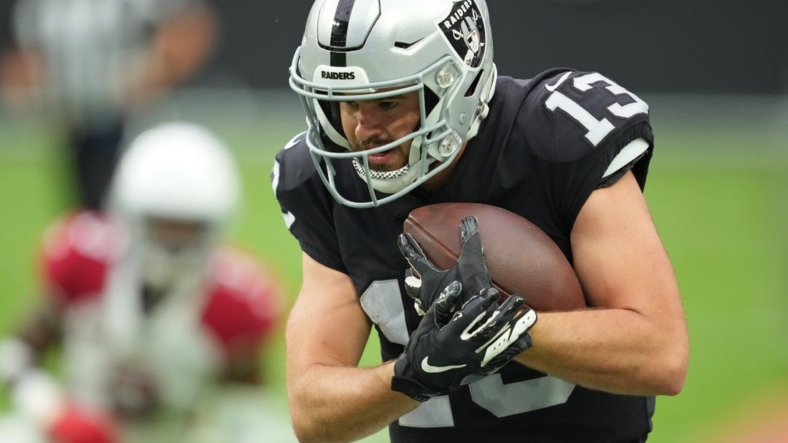 Renfrow is dealing with a concussion sustained during last Sunday’s game against the Arizona Cardinals. Perryman injured an ankle against Arizona. Neither player practiced this week.

Renfrow had 10 catches for 80 yards in the first two games.