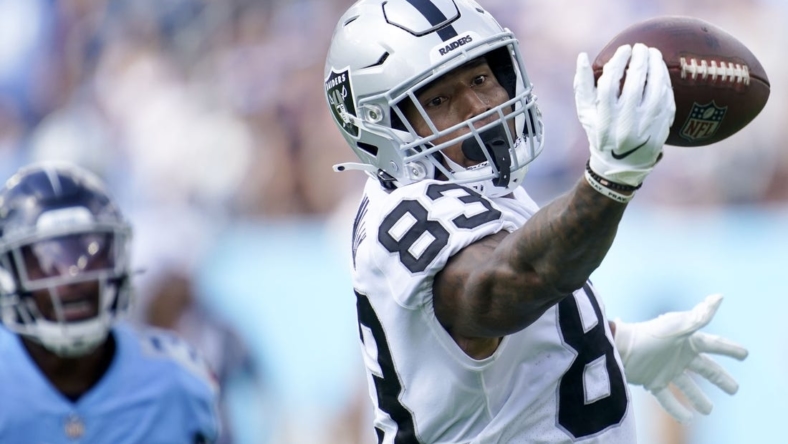 Waller, who didn’t play in Sunday’s loss, has missed three consecutive games with a hamstring injury.

“He practiced in a limited capacity last week,” McDaniels said Monday. “We’re going to err on the side of caution.”

Waller has 16 receptions — fifth-best on the team — for 175 yards and one touchdown this season and had only five catches for 24 yards in the month of October.

He was limited to 11 games in 2021 and missed significant time during training camp, but McDaniels said in August he wasn’t concerned.

Las Vegas was shut out, 24-zip, at New Orleans in Week 8, falling to 2-5 and dead last in the AFC West division. They’ll face the Jacksonville Jaguars (2-6) on the road this week.