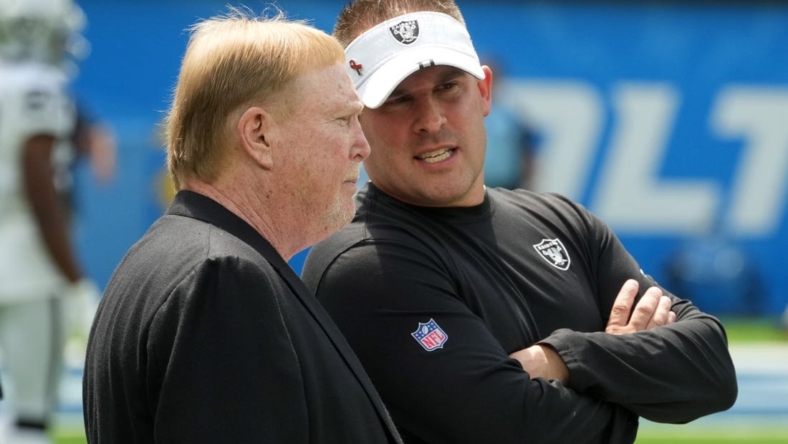 Las Vegas Raiders owner Mark Davis said Monday he has “no issues” with the performance of first-year coach Josh McDaniels, despite the team’s 2-7 record.

The Raiders hired McDaniels on Jan. 31 to replace interim coach Rich Bisaccia, who guided the team to a postseason berth in 2021. The previous head coach, Jon Gruden, was fired in October after he was found to have sent inflammatory emails.

“As far as Josh goes, I have no issues,” Davis said. “I’m getting to know him a lot better. When you sign someone to a contract, don’t you expect him to fulfill the contract?”

“I like Josh. I think he’s doing a fantastic job. That’s why I hired him,” Davis told the newspaper. “We did an exhaustive search and found the person we believe is going to bring the Raiders to greatness.”

The Raiders had two coaches — John Madden and Tom Flores, who combined to win three Super Bowls — in the 19-season span from 1969-87. Since Flores’ departure, the Raiders have made 17 head-coaching hires or promotions for interim head coaches in 35 seasons.

The team lost in the Super Bowl following the 2002 season under head coach Bill Callahan. They have just two playoff appearances — both wild-card losses — since.

When asked, Davis said he believes McDaniels can fill the job for the long term, replying, “Why wouldn’t I?”