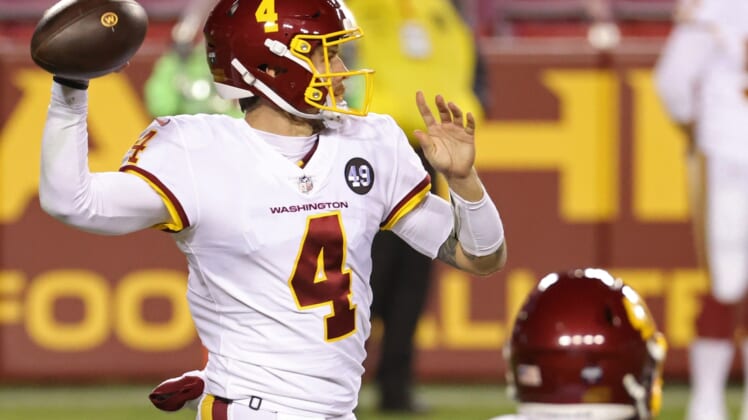 Terms were not released but it’s reportedly an $8.75 million deal, with additional financial incentives attached depending on how many games he starts.

“It’s a good feeling,” Heinicke said, via the team’s website. “Everyone knows I was at home taking math classes … so for this contract to come, it’s a big sigh of relief. I’m really excited. This is the place I wanted to be, so everything came together pretty smoothly, and I’m really excited to be back.”

Heinicke, 27, was signed to the practice squad on Dec. 8 after having been out of the league for more than a year. He entered a Week 16 game against the Carolina Panthers, replacing an ineffective Dwayne Haskins, who soon after was released. Heinicke completed 12 of 19 passes for 137 yards and a touchdown. He added 22 rushing yards on three carries.

With Alex Smith sidelined by a calf injury, Heinicke started the wild card playoff game against Tampa Bay, completing 26 of 44 passes for 306 yards and a touchdown against an interception in the 31-23 loss. The Buccaneers went on to win the Super Bowl.