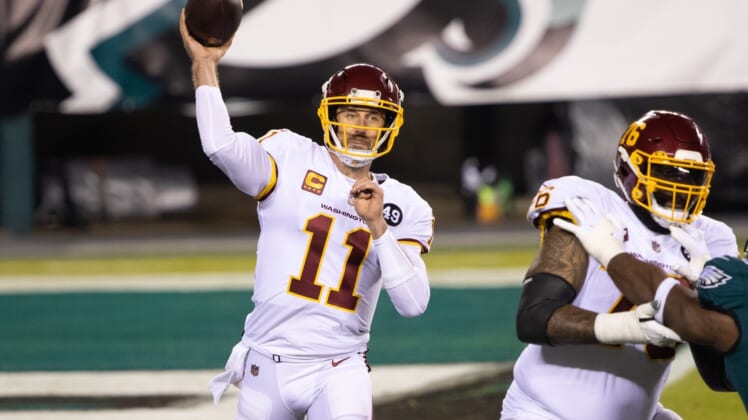 Quarterback Alex Smith was named 2020 NFL Comeback Player of the Year by the Professional Football Writers of America, recognizing his return to play from a devastating leg injury.

Smith led the Washington Football Team into the playoffs more than two years after the injury he sustained in Week 11 of the 2018 season. He required 17 surgeries to save his leg, repair the injury and fight a life-threatening infection.

The organization also named Buffalo Bills quarterback Josh Allen the Most Improved Player of the Year after he raised his completion percentage by more than 10 points and threw for 1,455 yards and 17 touchdowns more than he did in 2019 to lead the Bills into Sunday’s AFC Championship Game.

Now 36, Smith started the season as Washington’s third-string quarterback. The team turned to Kyle Allen after Dwayne Haskins was ineffective, and Smith took over after Allen suffered a season-ending injury in Week 9.

Smith played in eight regular-season games, starting six, and completed 168 of 252 passes (66.7 percent) for 1,582 yards and six touchdowns. He was unable to play in Washington’s wild-card loss to the Tampa Bay Buccaneers because of a calf injury.