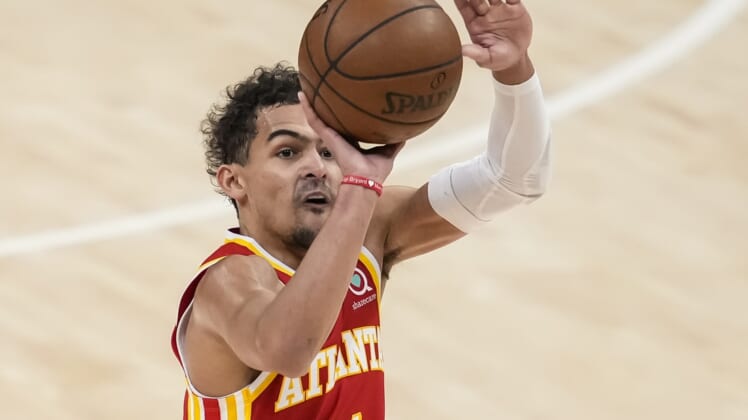 The Atlanta Hawks hope to have star guard Trae Young in top form but may have to settle for a lesser version when they host the Milwaukee Bucks on Tuesday night in Game 4 of the Eastern Conference semifinals.

Young is listed as questionable for the crucial contest after injuring his right foot Sunday in Game 3. The Hawks trail the Bucks 2-1 in the best-of-seven series.

An MRI exam performed Monday determined Young had a bone bruise, and Hawks coach Nate McMillan stated he won’t know until game day whether he will have Young on the floor.

“I’ll wait until tomorrow to find out where Trae is at, how he feels and if he can go,” McMillan said Monday. “If they give me the OK that he can go and he won’t injure himself or do any more damage to his body, we’ll put him out there.”

Young is averaging 32.7 points and six assists through the first three games against the Bucks. 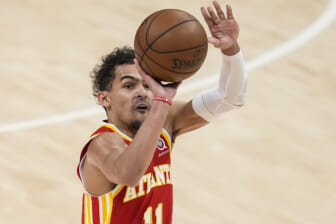 He scored 35 points Sunday in Atlanta’s 113-102 loss but had just three after sustaining the injury when he stepped on an official’s foot in the final minute of the third quarter.

“I didn’t see him,” Young said of the referee. “I guess I’ve got to have eyes in the back of my head now to see who’s behind me.”

“That’s the head of our snake,” Collins said. “That’s the last thing I feel like anybody who is a Hawks supporter wants to see is that dude coming down with any sort of knickknack or whatever it is. I think he stepped on the official’s foot or somebody’s foot. That’s the last thing I want to see. I hate to see it, and just hoping, praying that he’s going to be OK.”

While the Hawks fret about Young’s health, they also need to come up with answers to slow Bucks standout Khris Middleton, who had a huge Game 3 with 38 points after struggling with his shooting in the first two contests. Middleton had 20 fourth-quarter points Sunday as Milwaukee outscored Atlanta 30-17.

Middleton was 15 of 26 from the field in Game 3 after connecting on just 12 of 36 shots over the first two games. 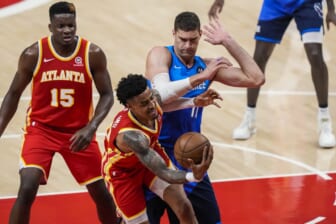 “Once I realized I hit two in a row, I just told myself to keep trying to find a shot to get up knowing there was a good chance it was going in,” Middleton said.

Antetokounmpo contributed 33 points and 11 rebounds Sunday for his second 30-point, 10-rebounding effort of the series. He also is focused on making sure his club doesn’t look past the Tuesday contest.

“But we have to focus on Game 4. I don’t care about the Finals.”