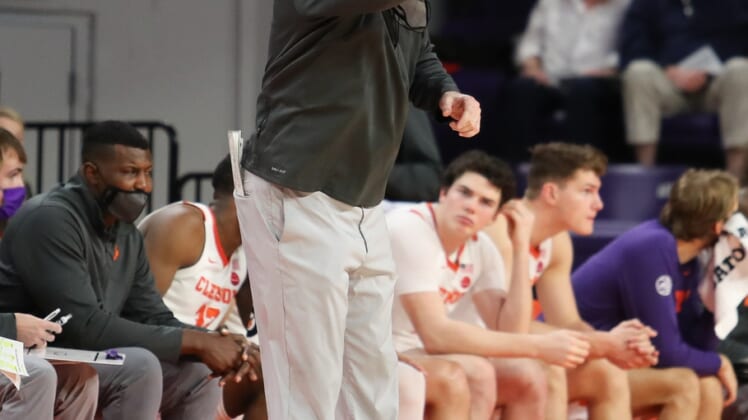 Hall made 10 of 16 shots from the floor and had four dunks, scoring in double figures for the 14th straight game. He added five rebounds, four blocked shots and one steal.

Al-Amir Dawes added 16 points for the Tigers, who won in Raleigh for the first time since 2015. David Collins had 11 rebounds for Clemson, which shot 57.7 percent in the second half.

Clemson, which was coming off a 10-point home loss against Virginia, has won five of its last six games.

NC State got a game-high 27 points from Dereon Seabron, who exceeded 20 points for the eighth time this season. Thomas Allen had 10 points for the Wolfpack, who shot just 31.7 percent from the floor and equaled their lowest point total of the season.

The Wolfpack have lost six of their last seven.

N.C. State jumped out to a 9-0 lead with three consecutive three-pointers and led 14-8 before Dawes keyed an 18-4 Clemson run that provided the Tigers with their largest lead of the first half at 26-18.

But the Wolfpack closed the half by scoring eight of the final 10 points to pull within 30-28 at the break. Six of NC State’s eight field goals in the first half were 3-pointers.

The Wolfpack scored the first five points of the second half for a 33-30 lead, but Clemson responded with an 8-0 run. NC State tied the game on three occasions after that, but back-to-back dunks by Hall sparked a 13-4 run that enabled the Tigers to regain control in the final minutes.