The Pittsburgh Steelers recognize how crucial T.J. Watt is to their success both in the upcoming season and in the years to come. With Week 1 approaching for a franchise that doesn’t negotiate extensions during the season, something could be in the works.

Watt, the 30th pick in the 2017 NFL Draft, burst on the scene after his rookie season. Across 16 starts in 2018, he recorded 21 quarterback hits, 13 sacks, 12 tackles for loss and forced six fumbles. After earning his first Pro Bowl selection, Pittsburgh’s 6-foot-4 edge rusher built upon his success.

After recording 77 quarterback hits and 29.5 sacks over his last two seasons, Watt wants a new deal that reflects his talent. It resulted in a holdout during training camp, with the All-Pro linebacker at Steelers’ camp but working off to the side.

The Steelers’ organization has a policy about not signing in-season extensions and they don’t guarantee money in future seasons. Despite those traditions, NFL reporter Jeremy Fowler shared on SportsCenter that the organization is still feeling positive about negotiations.

“Watt has not been practicing in full with his team all preseason and this has been hard on Watt, I’m told, because he’s a football guy all the way. The man is frustrated. He wants to be out there, but he knows the business and he’s going to need to be the highest-paid defensive player in the NFL, or at least around there. The Steelers know this. They are optimistic that something will get done here in short order, but because of the money involved it’s been a complicated deal.” 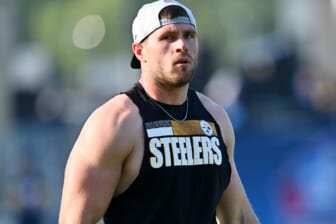 Also Read:
How the Pittsburgh Steelers can resolve the T.J. Watt contract dispute before Week 1

As of now, Watt isn’t satisfied with the idea of playing out his rookie contract. At a time when the NFL’s top pass rushers are averaging $26-plus million per season, Watt is owed far less this fall/

Watt is reportedly willing to take this into the regular season, an outcome Pittsburgh desperately wants to avoid. The organization let Bud Dupree walk this spring and its secondary is weaker than previous years. If Watt isn’t on the field, one of the NFL’s best defenses takes a significant hit.

Ultimately, Pittsburgh will need to break one of its traditions. Either the franchise signs Watt to a deal with significant guarantees in future years or it must drag things out into the regular season. Otherwise, a team many already expect to disappoint in 2021 will be in serious trouble without their best player. 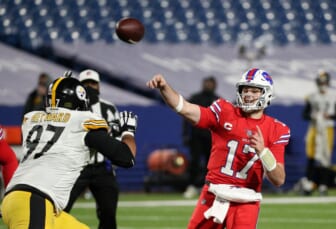