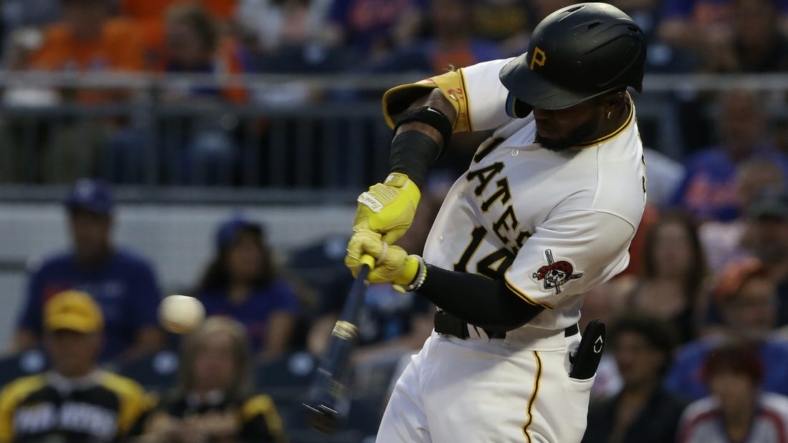 Rodolfo Castro and Oneil Cruz homered on Tuesday to help the Pittsburgh Pirates snap a four-game losing streak with an 8-2 rout of the visiting New York Mets.

Cruz had a career-high three hits and Bryan Reynolds and Jason Delay each added an RBI single for the Pirates (50-84).

Brandon Nimmo homered for the Mets (85-51), who have lost three straight.

Mets right fielder Starling Marte left in the second, an inning after he got hit by a pitch on the right hand.

In the Pittsburgh second, Kevin Newman reached on an infield single with one out and went to third on Jack Suwinski’s single to right-center. Michael Chavis got Newman home with a sacrifice fly to center for a 1-0 lead.

Reynolds walked with one out in the third. Castro followed with a high-arcing homer, his sixth, off the foul pole in right to push the margin to 3-0.

With one out in the fifth, Cruz doubled to right. Reynolds knocked him in with a single to right to put the Pirates up 4-0.

Against Robert Stephenson in the seventh, James McCann singled to left with two outs. Nimmo followed with a 429-foot homer to right-center, his 13th, to cut New York’s deficit to 4-2.

The Pirates blew it open in the eighth.

Tommy Hunter replaced Montes de Oca and gave up Cruz’s 13th homer, a two-run shot to right that landed in the Allegheny River.