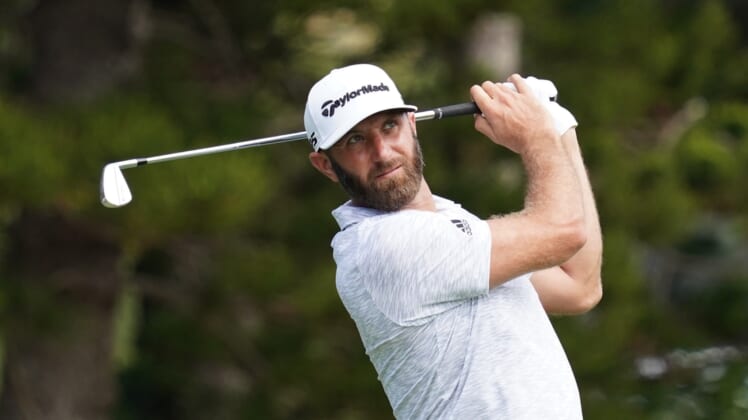 World No. 1 Dustin Johnson withdrew from the AT&T Pebble Beach Pro-Am on Tuesday following his victory at the Saudi International.

Johnson is a two-time winner of the event and has also finished second twice.

“Following his successful week in Saudi Arabia, Dustin has decided it would be best to enjoy a week at home before the Genesis Invitational and WGC at The Concession,” Johnson’s agent David Winkle said in a statement. “Other than being a bit jet lagged, he is feeling great and looking forward to the weeks ahead. While he is disappointed to miss the AT&T Pebble Beach Pro-Am, which is always one of his favorite weeks, he feels his decision is for the best.”

Johnson withdrew from the Mayakoba Golf Classic in December following his victory at the Masters two weeks before. His withdrawal from Pebble Beach leaves No. 11 Patrick Cantlay as the top-ranked player in the field.

The Pro-Am portion of the event was canceled this year due to COVID-19 safety measures. Instead of being held across three courses, the 156-player field will compete at Pebble Beach and Spyglass Hill, with the cut coming after 36 holes instead of 56.