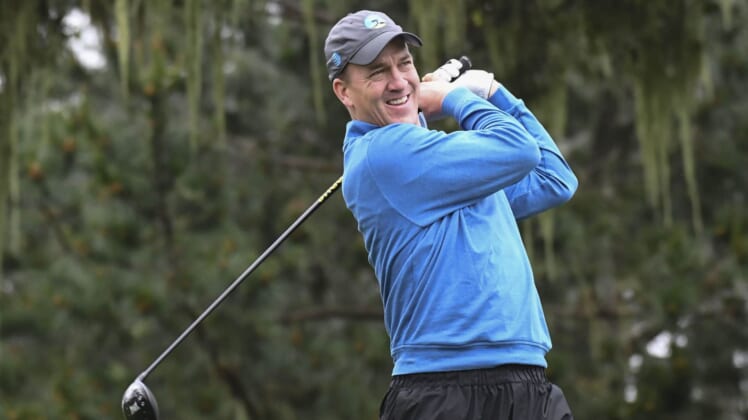 As Peyton Manning and Tom Brady stayed loose on the driving range ahead of “The Match” Sunday, Manning let loose with some hilarious zingers.

Roasting his old NFL rival, Manning said he’d have Bill Belichick, Eli Manning or Nick Foles as caddies if they had them for “The Match.”

Two of those guys were on the winning end of Super Bowl losses for Brady and the New England Patriots. One of them, of course, is the guy who coached Brady for two decades. Belichick has been rumored to be a reason why Brady left Boston for Tampa this past offseason.

Manning also said Brady would have had Rob Gronkowski because “Gronk does whatever he says.”

Though, he’s endured plenty of his own roasts ahead of “The Match.” Brady has been on quite a tear on social media the past couple of weeks preparing for this event.