Paul Azinger: Brooks Koepka should skip Ryder Cup if he doesn’t ‘love it’ 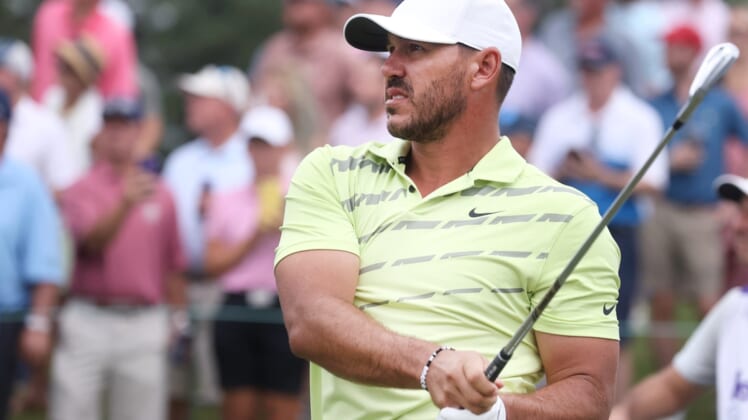 Brooks Koepka tees off from Hole No. 14 during the second round of the World Golf Championships FedEx-St. Jude Invitational at TPC Southwind in Memphis, Tenn. on Friday, August 6, 2021.Jrca6704

Paul Azinger, a former U.S. Ryder Cup captain and current golf analyst for NBC, doesn’t like what he’s hearing from Brooks Koepka about the storied team golf competition on the horizon.

Ahead of next week’s Ryder Cup at Whistling Straits, Azinger seized on comments Koepka recently made and questioned whether the four-time major winner’s heart was in the competition.

“I’m not sure he loves the Ryder Cup that much. If he doesn’t love it he should relinquish his spot and get people there who do love it,” Azinger said on a media call. “Not everybody embraces it. But if you don’t love it, and you’re not sold out, then I think Brooks — especially being hurt — should consider whether or not he really wants to be there.”

Koepka aggravated an old wrist injury at the Tour Championship earlier this month and withdrew.

Azinger, who guided the American team to victory as captain in 2008, also referenced Koepka’s feud with Bryson DeChambeau, who also will play for Team USA. Koepka and DeChambeau have made clear that they plan to pause their feud while Ryder Cup teammates.

“And then if you add the Bryson dynamic to that, that might be an easier decision for him,” Azinger said. “But Brooks is one of the most candid, most honest guys there ever is and if he’s blatantly honest with himself and he doesn’t want to be there, he should come out and say it. But, I don’t know, I’m a fan of both players, and I just feel like it’s gonna be one or the other. They’re gonna put the weight of the team on their shoulders or they’re gonna be a pain in the neck.”

Asked about the Ryder Cup in a Golf Digest interview published this week, Koepka came off as lukewarm about the event, which he competed in during 2016 and 2018.

“It’s different,” Koepka said. “It’s hectic. It’s a bit odd, if I’m honest. I don’t want to say it’s a bad week. We’re just so individualized, and everybody has their routine and a different way of doing things, and now, it’s like, OK, we have to have a meeting at this time or go do this or go do that. It’s the opposite of what happens during a major week.

“There are times where I’m like, ‘I won my match. I did my job. What do you want from me?’ I know how to take responsibility for the shots I hit every week. Now, somebody else hit a bad shot and left me in a bad spot, and I know this hole is a loss. That’s new, and you have to change the way you think about things.”