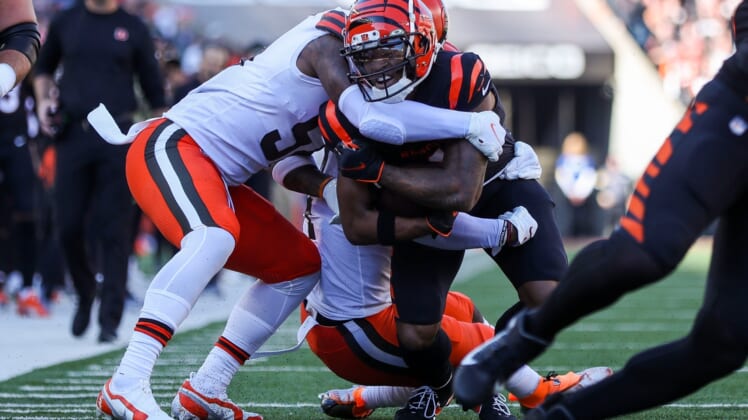 The trade cannot be made official until Wednesday at 4 p.m. ET when the new league year begins.

Wilson, 24, saw his playing time decrease in 2021 after starting 22 of 29 games in his first two seasons with the Browns. He has recorded 163 tackles, one sack, one interception and one forced fumble since being selected by Cleveland in the fifth round of the 2019 NFL Draft.

Winovich, 26, was selected by New England in the third round of the 2019 NFL Draft. He registered just 11 tackles in 13 games last season, and has 85 to go along with one interception and one forced fumble in 45 career contests (nine starts) with the Patriots.