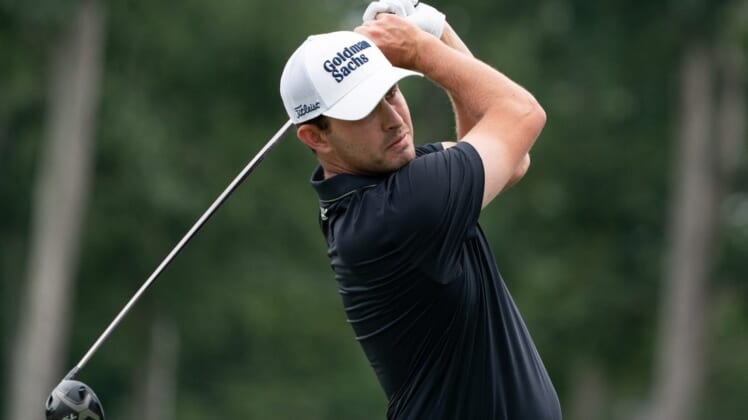 Patrick Cantlay successfully defended his title at the BMW Championship and moved into prime position to defend his FedEx Cup championship, as well.

Cantlay shot a final-round, 2-under 69 Sunday to beat Scott Stallings by one shot at Wilmington (Del.) Country Club in the second leg of the FedEx Cup Playoffs.

The 2,000 FedEx Cup points that came with Cantlay’s victory pushed him up five spots to second in the standings. World No. 1 Scottie Scheffler regained the points lead and will begin next week’s Tour Championship with a two-shot lead over Cantlay.

Cantlay, who won the BMW last year on his way to claiming the FedEx Cup, became the first player in the 16-year history of the format to win the same playoff event in back-to-back years.

Cantlay carded a four-day score of 14-under 270. Stallings shot 69 Sunday and held at least a share of the lead for much of the afternoon before Cantlay passed him with a birdie at No. 17.

After Stallings missed a birdie try at the last hole, Cantlay stuck a wedge shot inside 6 feet of the pin at No. 17 to set up an easy birdie that proved the difference.

“I hit a lot of solid shots and then I got a couple good breaks,” Cantlay said. “Obviously on 17, that break is something I’m not expecting and it was really big for me to take advantage of it. I played a lot of great golf this week and I’m happy to come out of here with a win.”

Cantlay began the day with a one-shot lead over Stallings and Schauffele, but he posted a quiet front nine with one birdie and one bogey. Stallings capitalized, tying him at 12 under and holding the outright lead when he birdied the par-4 11th and Cantlay bogeyed the par-4 10th behind him.

But Stallings had an unfortunate three-putt bogey from the fringe at the par-3 13th. He bounced back with a birdie at the next hole and parred his way home to get in at 13 under.

Stallings, 37, came up short of earning his first win on tour since January 2014. He was happy to settle for his first-ever trip to the Tour Championship.

“Super excited the way that (caddie John Yarbrough) and I kind of handled ourselves and knew what we were doing with coming down the stretch, and excited for next week for sure,” Stallings said. “But we’re definitely going to celebrate tonight.”

Only the top 30 players in FedEx Cup points qualified for the Tour Championship. Aaron Wise shot a 2-over 73 Sunday to finish 7 under and yet managed to grab the 30th and final spot. Ireland’s Shane Lowry (8-under 276) was the first man out at No. 31.

Stallings jumped from 46th place to 12th with his performance at the BMW. Lee, who tied Norway’s Viktor Hovland for the round of the day with his seven-birdie round of 65, moved from 33rd to 26th. And Scott, 42, tied for fifth for the second week in a row to sneak inside the cutoff line, from 45th to 29th.