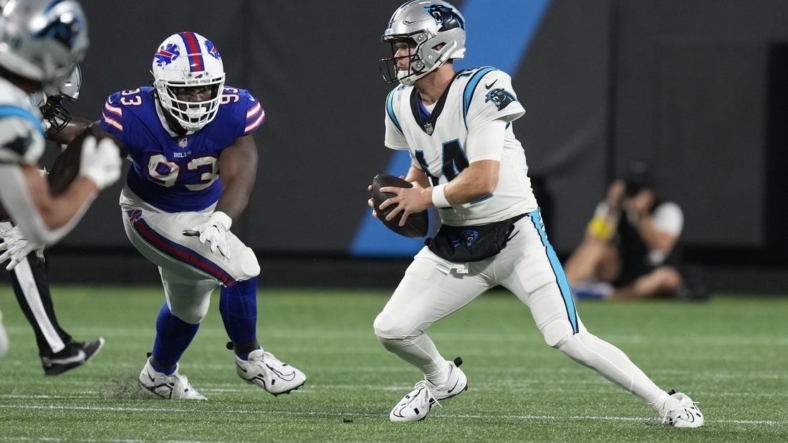 Carolina quarterback Sam Darnold was carted off the field after sustaining an apparent left ankle injury in the third quarter of the Panthers’ preseason finale against the visiting Buffalo Bills on Friday.

Darnold was in the process of throwing an incomplete pass when Bill defensive tackle C.J. Brewer pulled the quarterback down, causing Darnold’s left ankle to twist unnaturally under Brewer’s weight.

The injury ends a preseason in which Darnold lost a battle for the Panthers’ starting job to Baker Mayfield.

Darnold entered in the second quarter and connected on 5 of 11 passes for 49 yards. He also ran for a 1-yard touchdown in the third quarter.

The Panthers led 21-0 at the time of Darnold’s exit.

Darnold, 25, broke into the NFL with the New York Jets, who made him the third overall pick in the 2018 draft out of Southern California. He went 13-25 in three years as the Jets’ primary starter, then was traded to Carolina in April 2021.

Last season, Darnold finished 4-7 as a starter for the Panthers, connecting on 59.9 percent of his passes for 2,527 yards with nine touchdowns and 13 interceptions in 12 overall games.