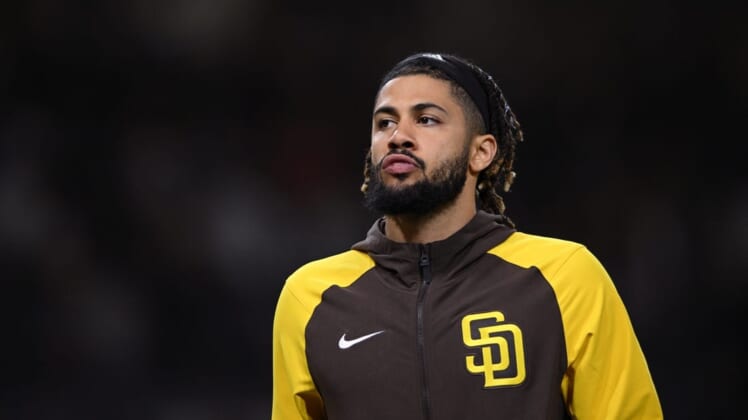 Tatis had the wrist re-examined on Monday in the Phoenix area by Dr. Donald Sheridan, who performed the surgery on March 16. Dr. Sheridan saw healing in the wrist but not enough to let him starting swinging the lumber.

“Another MRI scan continues to show healing, but it was not quite at the level for … a full green light,” Preller said. “Basically we’re in a spot where we’re going to progress week-to-week.”

Preller said he was fine with the doctor’s decision.

“From the beginning, this was all about the long term and a long relationship with Fernando in his career,” Preller said. “We’re going to be very cautious. This falls in line with that.”

Tatis, 23, reportedly injured the wrist in an offseason motorcycle accident in the Dominican Republic.

When the surgery was performed, it was estimated Tatis would miss three months.

Tatis has been throwing and working on his conditioning. He has fielded rolled ground balls but the Padres haven’t wanted him to do anything that risks a setback.

“He wants to get back on the field and play,” Preller said. “He obviously loves playing. … I think he understands that this is about what’s best for him long-term. I know he feels good, and he feels like he can go out there and do this. But he was very mature in: ‘Hey, I’m going to trust what the doctors are saying.'”

Tatis signed a 14-year, $340 million contract prior to the 2021 season and then placed third in National League MVP balloting. He led the NL with 42 homers and also had 97 RBIs and 25 steals while batting .282.