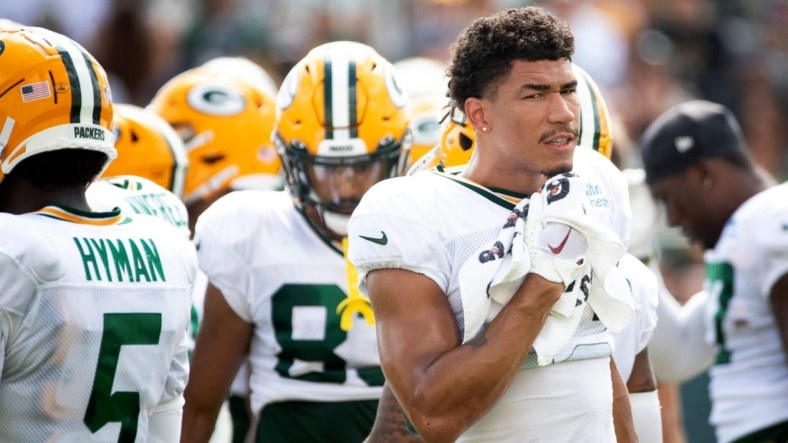 “He will not be practicing today. He got stepped on last week. That’s where we’re at with him,” LaFleur said Wednesday.

LaFleur did not say which body part got stepped on, though the team’s first injury report will be released later Wednesday. It’s expected that Lazard will be listed as questionable for Week 1.

Lazard, 26, is one of a cadre of wideouts looking to fill the shoes of the departed Davante Adams, who signed with the Las Vegas Raiders in the offseason.

Lazard has 109 career catches for 1,448 yards and 14 touchdowns in 42 games (25 starts) since the Packers signed him in December 2018. He was an undrafted free agent out of Iowa State.

The Packers open their season at Minnesota on Sunday.