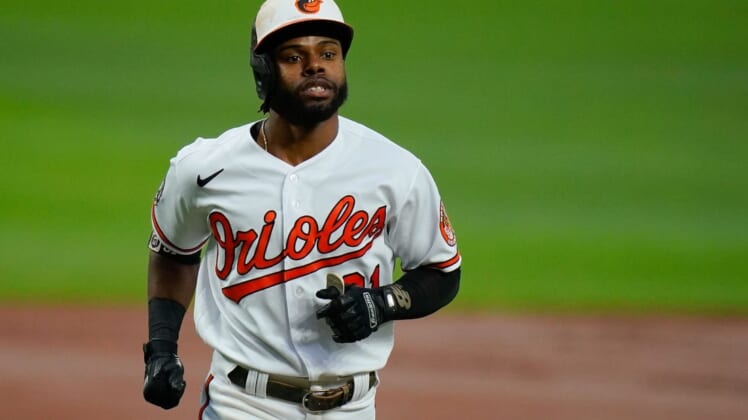 Ramon Urias clubbed a two-run homer as part of a three run eighth inning and the Baltimore Orioles rallied past the visiting Tampa Bay Rays 5-3 on Tuesday night.

Adley Rutschman led the frame off with a single against against Rays reliever Colin Poche (2-1). Urias fell behind 0-2 but caught up with a Poche fastball for his 11th homer of the season, a shot to left-center field that gave Baltimore a 4-3 lead.

The Orioles added an insurance run as Jorge Mateo doubled, stole third and scored on a Trey Mancini sacrifice fly.

Cedric Mullins and Anthony Santander also homered for the Orioles, who improved to 14-6 in July.

Keegan Akin (2-1) got the final out in the top of the eighth inning and Jorge Lopez pitched around a leadoff single by Josh Lowe in the ninth for his 19th save.

The late collapse ruined a stellar outing by Rays All-Star Shane McClanahan, who allowed just two hits — both solo homers — over seven innings while striking out seven and walking one. He retired the final 10 batters he faced.

Isaac Paredes homered and singled for the Rays, who have lost four straight.

Mullins hit the first pitch of the bottom of the first out to right for his eighth home run of the season.

The Orioles nearly made it 2-0, but Luke Raley made a leaping catch at the fence in right-center to rob Ryan Mountcastle of a potential home run.

The Rays tied it in the third. Yu Chang led off with a single, went to third on a one-out base hit by Brandon Lowe and scored on a single by Randy Arozarena.

Paredes gave the Rays a 2-1 lead when he hit his 14th homer leading off the fourth. Raley followed with a single and later scored on Roman Quinn’s double to make it 3-1.

The Orioles pulled within 3-2 in the bottom half on Santander’s 17th homer of the season.