Oregon looks to bounce back as Eastern Washington visits 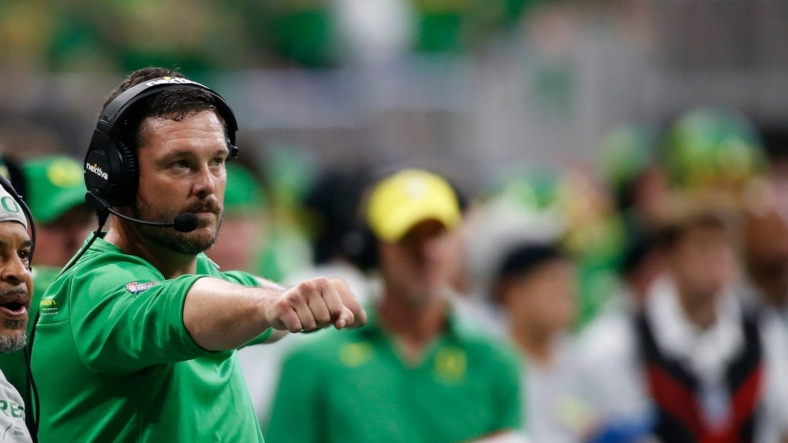 Perhaps Oregon should have opened the season against Eastern Washington instead of defending national champion Georgia.

The Ducks, ranked No. 11 in the preseason, dropped out of the Top 25 after a 49-3 loss to No. 3 Georgia in the Chick-fil-A Kickoff in Atlanta last week.

Oregon will try to regroup on Saturday at home, where it has won 28 consecutive nonconference games, against Eastern Washington of the Football Championship Subdivision.

First-year Oregon coach Dan Lanning, who spent the previous three seasons as Georgia’s defensive coordinator, had no answers for whatever the Bulldogs drew up. Georgia scored touchdowns on its first seven possessions.

“Really got to put to bed the Georgia game,” Lanning said. “Obviously disappointed with the result in the first game. Lot of stuff that we can improve and work on, but really proud of the fact that our guys attacked that (in practice).

“We talk about taking our medicine, going to the doctor, figuring out (how) we can get better. And every one of those guys walked into that room … and they weren’t finger pointers, they were thumb pointers — what can they improve? … We’ve got good players and we can play a lot better than we played.”

The Ducks will need a better performance from quarterback Bo Nix, a transfer who spent three seasons as the starter at Auburn. Nix completed 21 of 37 passes for 173 yards with two interceptions in the opener.

The Eagles, a perennial playoff contender, had to replace quarterback Eric Barriere, the Walter Payton Award winner as the FCS national offensive player of the year in 2021.

Gunner Talkington was 29 of 46 for 348 yards and five touchdowns and added nine carries for 60 yards in the Eastern Washington’s season-opening 36-29 victory against Tennessee State. He was named the Big Sky Conference’s offensive player of the week.

“He was calm, cool and collected all game,” Eastern Washington junior receiver Freddie Roberson said of Talkington. “(That) was really impressive, playing in a tight game like this.”

Oregon and Eastern Washington last met in 2015, with the Ducks prevailing 61-42 in Eugene, Ore.