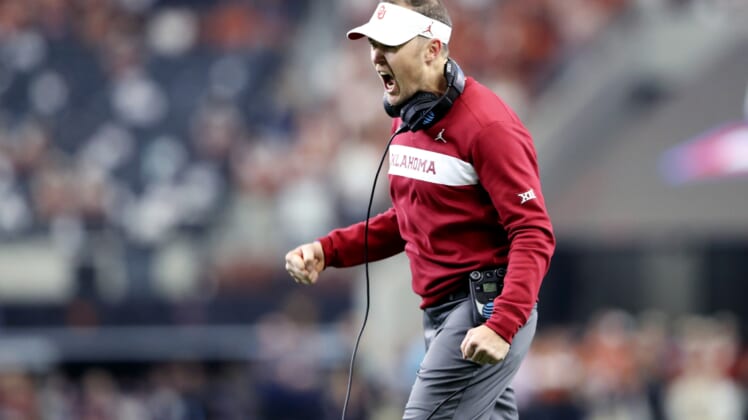 Oklahoma Sooners head coach Lincoln Riley has become one of the top coaches in the sport since taking over in 2017. Despite being coveted by NFL teams, Riley will be sticking with the Sooners after signing a massive six-year contract extension.

Riley, who was hired by Bob Stoops to become Oklahoma’s offensive coordinator in 2015, has quickly climbed the ranks of coaching greats. Since taking over for Stoops as Oklahoma’s head coach in 2017, the Sooners have achieved incredible dominance.

On Tuesday, Oklahoma rewarded Riley with a huge six-year contract extension. As reported by The Oklahoman and later confirmed by the school, Riley is signing a six-year extension worth an average annual value of $7.535 million.

Under his new deal, Riley will be under contract through the 2025 season and his accomplishments at Oklahoma prove this might just be the first of many contracts coming his way.

NFL teams, including the Dallas Cowboys, have coveted Riley and tried convincing him to make the jump. But the 36-year-old coach clearly loves it in Oklahoma and could be building college football’s next powerhouse.