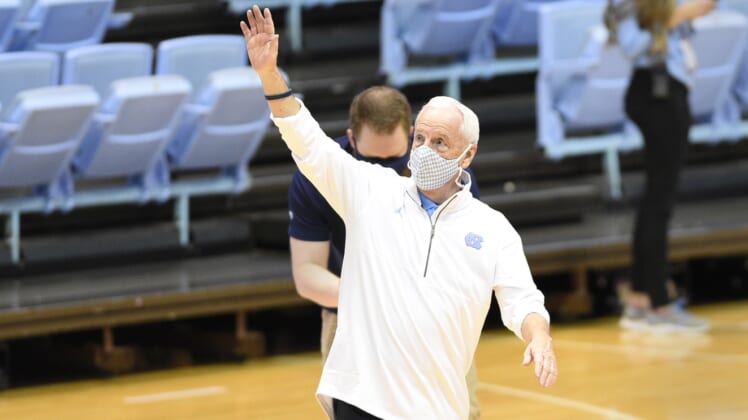 North Carolina Tar Heels basketball coach Roy Williams is retiring, with the news chocking the sports world as one of college basketball’s greatest coaches steps away from the game.

The Tar Heels reached the NCAA Tournament this year but were quickly eliminated in the first round. Now, after rumors flew around Chapel Hill, the Tar Heels made the news official on Friday.

Williams has coached the men’s basketball team since 2003, taking over the program following a long stint with the Kansas Jay Hawks. It was a return home for the North Carolina native, who grew up in Marion, N.C. and later served as an assistant on the Tar Heels’ staff (1978-’88).

Taking over for Matt Doherty in 2002, Williams oversaw an almost immediate turnaround of UNC’s basketball program. After reaching the second round of the NCAA Tournament in his first season at the helm, North Carolina won the national championship in 2005.

It would be the first of three NCAA Division I titles for the Tar Heels under Williams’ direction. Across 18 seasons in Chapel Hill, Williams’ teams reached the Final Four five times, won nine ACC regular-season titles and were named ACC Tournament champions three times.

Williams surpassed Bob Knight (899) on the all-time wins list for a head coach this past season, a year after he surpassed Dean Smith (879). Following his retirement, Williams ranks third among the all-time coaching leaders with 903 victories.

When word first broke that Williams was retiring, many assumed it was a prank on April 1. When it became clear this wasn’t an April Fools’ joke, the college basketball world react with shock and honored the legendary coach.