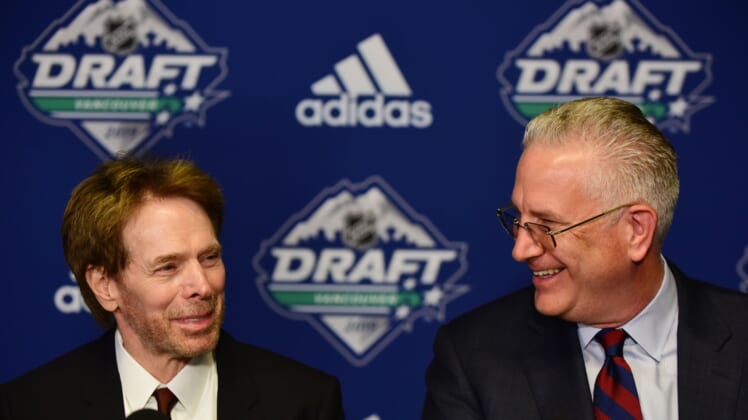 “It is an honor to join the Seattle Kraken as their inaugural television voice,” Forslund said. “I am looking forward to reuniting with (general manager) Ron Francis and working alongside (radio play-by-play broadcaster) Everett Fitzhugh. Throughout my career, I have cherished my connection with fans. To get the chance to create that bond and tell the Kraken story from Day One is a magnificent opportunity. I would like to thank the Seattle Kraken for this chance.”

Forslund, who calls games for NBC Sports, made the announcement in a video posted on the Kraken’s official Twitter account.

“John Forslund is one of the best broadcasters in sport,” Kraken CEO Tod Leiweke said. “He always brings fresh perspective and having him as a voice of our franchise is a big win for us and for our fans. He will play a role in introducing hockey to new fans and become a team ambassador for us.”

The Kraken begin play next season.

Related: If you’re a fan of the Kraken, check out #SeaKraken rumors, rankings, and news here.