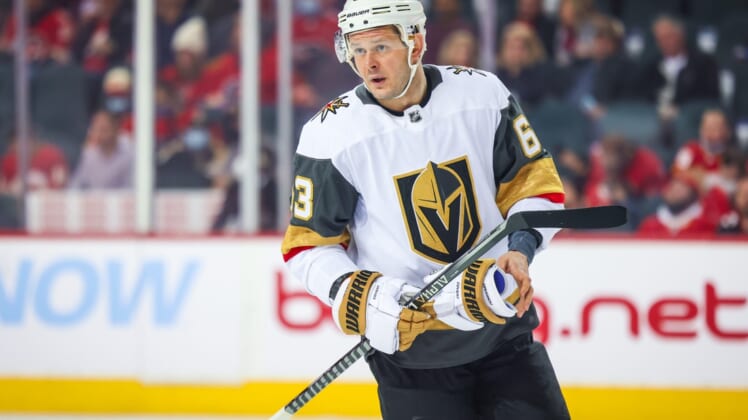 “The trade could not be concluded because Dadonov’s contract includes a limited no-trade clause, which has not been complied with,” the league said in a brief statement.

The proposed deal struck at Monday’s trade deadline would have sent Dadonov and a second-round pick to the Ducks in exchange for defenseman John Moore and the contract of retired forward Ryan Kesler.

Dadonov is expected to be with the Golden Knights when they host the Nashville Predators on Thursday night in Las Vegas, per multiple reports.

Dadonov, who turned 33 earlier this month, has scored three goals in his last two games and has 27 points (15 goals, 12 assists) in 62 games in his first season with Vegas.