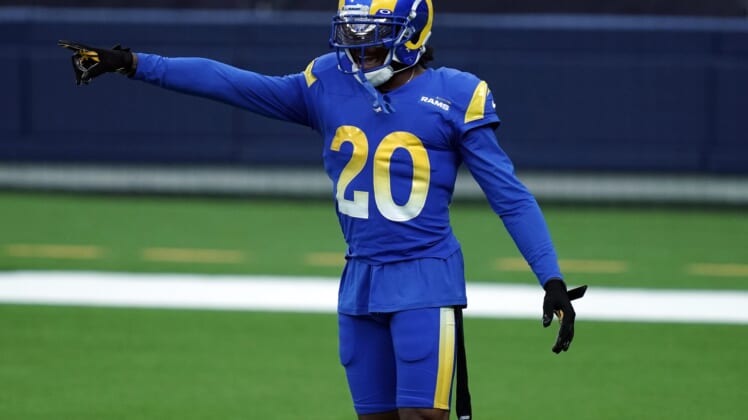 The Los Angeles Rams on Wednesday took care of some major business ahead of their season opener against the Dallas Cowboys Sunday evening.

According to multiple media reports, Los Angeles has signed Pro Bowl cornerback Jalen Ramsey to the richest contract for a player at that position in NFL history.

NFL Media’s Ian Rapoport notes that the contract is worth $105 million over five seasons for an average of $21 million. The total value of Ramsey’s deal and that average annual salary both represent the most for a corner in league history. The $71.2 million guaranteed at signing also represents a high-water mark.

Ramsey, 25, is known as much for his boisterous personality both on and off the field as his play-making ability on the field. The former top-five pick was dealt from the Jacksonville Jaguars to Los Angeles in a blockbuster trade early last season. He’s earned three Pro Bowl trips in four seasons.

Needless to say, this most-recent record-breaking extension around the NFL world had those on social media talking.