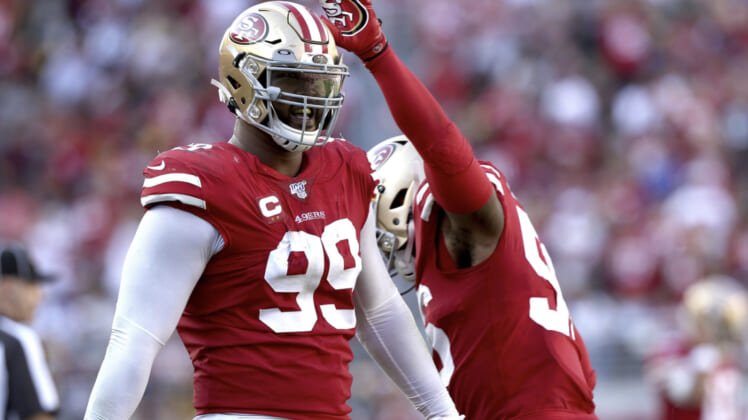 Monday has been full of surprises, and we got another when the San Francisco 49ers traded All-Pro defensive tackle DeForest Buckner to the Indianapolis Colts.

ESPN’s Adam Schefter reported that the Colts are sending their first-round pick (No. 13 overall) to the 49ers in exchange for Buckner, and that they agreed to a huge contract that pays him $21 million per year.

Truly a stunning trade, by any measure.

The Colts are clearly gearing up for a championship run with an undetermined quarterback (likely Philip Rivers).

As news of this blockbuster trade circulated around social media, NFL fans and analysts alike shared their thoughts.