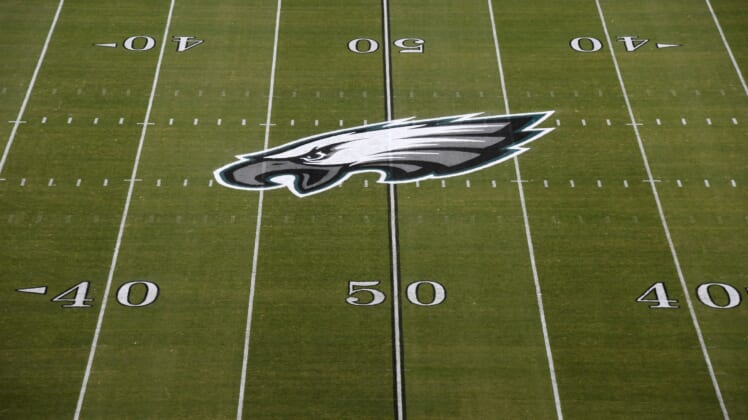 The Philadelphia Eagles head into their season opener as solid favorites against the Washington Football Team in the nation’s capital Sunday afternoon.

Unfortunately for Doug Pederson’s squad, the team is going to be without about 32% of its projected starters for the game.

Eagles down seven starters for Week 1 vs. Washington

Once the inactives were released ahead of Sunday’s game, it was noted that star Eagles running back Miles Sanders and right tackle Lane Johnson will be inactive. That adds to an already growing list.

This means Philadelphia wil have an inexperienced starting right side of the offensive line in that of rookie tackle Jack Driscoll and second-year undrafted guard Nate Herbig. This is a less-than-ideal scenario against one of the top defensive lines in the NFL.

This could help Washington keep it close in Ron Rivera’s debut as the team’s head coach. We’re also intrigued to see how injury-plagued quarterback Carson Wentz holds up behind a makeshift offensive line.