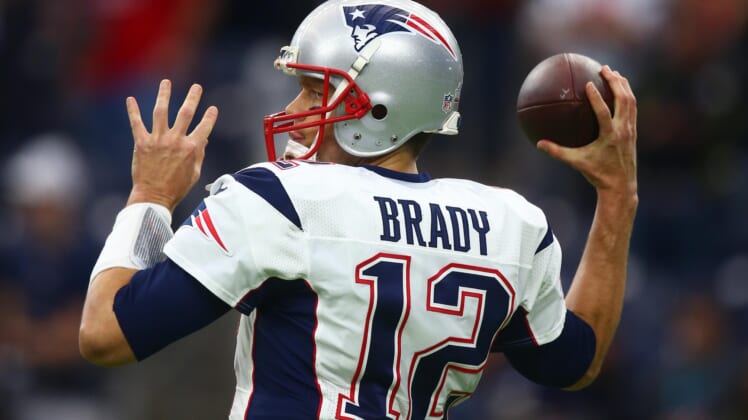 The term “generational talent” is casually thrown around quite a bit every year prior to the NFL draft, but there is no doubt this era has plenty of it.

Who is this era’s Lawrence Taylor? Can anyone remotely compare to Barry Sanders? Who’s the most prolific gunslinger in the NFL today?

We’re answering those questions and more taking a look at 10 NFL players who embody “generational talent” in everything they do.

When Thomas came out of Texas back in 2010, he was widely viewed as a rare talent at the safety position and selected 14th overall. One of the best center fielders of this era, he’s able to cover more ground than just about anyone in the league when the ball is in the air. Due to this talent, Thomas has 28 interceptions and 67 passes defensed, along with 10 forced fumbles, in his first nine seasons in the league. Needless to say, he has more than lived up to the expectations that accompanied him as a rookie.

Though Barkley has only played one season in the NFL, he’s already shown himself to be a generational talent. Coming out of Penn State in 2018, there was no end to the hype that surrounded him. By the time his first game as pro was in the books, he had already exceeded expectations. The rest of the season, Barkley continued to awe with jaw-dropping displays of athleticism. The first real Barry Sanders clone we’ve seen since the former Detroit Lions legend retired, Barkley went for over 2,000 yards from scrimmage as a rookie. Barkley is well on his way to the Hall of Fame if he can stay healthy.

It’s not hyperbole to say that Donald is setting a new benchmark for what we’ll look for in a generational talent at the defensive tackle position going forward. Physically, he’s the equivalent of lightning in a bottle, which you never hear about guys who are closer to 300 pounds than 200. In five pro seasons, Donald has racked up 59.5 sacks, made five Pro Bowls, four consecutive First-Team All-Pro squads, and he’s the two-time reigning Defensive Player of the Year. Somehow, he’s still getting better, having tallied a league-leading 20.5 sacks last season.

Brady was a generational talent a generation ago. He already owns a plethora of NFL records, including passing yardage and passing touchdowns for regular-season and postseason games combined. He’s on his way to breaking more records in 2019, too. Though not the most physically gifted quarterback in the league, Brady has done an incredible job of maximizing what he has to work with and has six title rings to show for his efforts. Somehow, entering his Age 42 season, Brady is not slowing down and appears to be in the best shape of his life. What a legend.

No edge rusher is as universally feared as Mack. An incredibly versatile player, he has the physique and skill set to dominate with pure speed, and with incredible power. Ever since toiling through a rough rookie season, Mack has racked up 49 sacks and 14 forced fumbles. He’s also incredibly stout against the run. Mack won Defensive Player of the Year in 2016. And at the age of 28 he may win a few more of those awards, still well in his prime.

There is no consensus as to which wide receiver is the “best” in the NFL today. There are so many good ones to choose from. Hopkins makes this list because he combines rare traits and has produced prodigious stats despite playing with downright bad quarterbacks for most of his career. Once Deshaun Watson arrived in Houston, Hopkins’ production exploded (211 catches for 2,950 yards and 24 touchdowns the past two seasons). When you want a receiver to come down with a tough catch in traffic, Hopkins is your man. When you need a big score, chances are he’s going to come through.

Nobody gets off the ball quicker than Miller does. His ability to get a jump on offensive tackles as he screams off the edge from his outside linebacker spot is legendary. Through eight seasons as a professional, Miller has piled up an astonishing 98 sacks and 26 forced fumbles, earning seven Pro Bowl appearances and the Super Bowl 50 MVP trophy. The crazy thing is, Miller’s arrow may still be pointing up now that he has a legendary coach pushing him toward greater things.

The Saints sure feel like Thomas is a generational talent, having doled out a record-breaking contract this summer to keep the receiver happy. The thing that separates Thomas from the rest of the pack is that he catches EVERYTHING. In his first three seasons as a pro, the former Ohio State receiver has hauled in a record 321 receptions for 3,787 yards and 23 touchdowns. Last year, he caught an absurd 85% of the passes that came his way. Thomas does play with a legendary quarterback in Drew Brees. But much of that success is directly tied to this man’s will to make every play, and his large, supple hands.

Injuries are the only thing that has been able to slow Watt down since he emerged as an All-Pro talent in his second season. Take away his injury-shortened 2016 and 2017 campaigns, and we’re talking about a 3-4 defensive end who has tallied 85 sacks in five healthy seasons since 2012. Watt doesn’t just bring down quarterbacks, either. He’s known for batting down passes (51 career passes defensed) and forcing fumbles (22), and he has scored two defensive touchdowns. Watt is also a three-time Defensive Player of the Year. Based on his play last year he may win a few more before he retires.

No offense intended to other NFL quarterbacks, but Mahomes has more raw talent in his pinkie finger than most have in their entire bodies. What he accomplished in his first year starting for the Chiefs last season was the stuff of legends. Blessed with one of the strongest arms in the league, Mahomes combines freakish athleticism and rare maturity. He threw for over 5,000 yards and 50 touchdowns in 2018, and as crazy as this sounds, Mahomes hasn’t even scratched the surface of what he is capable of accomplishing.