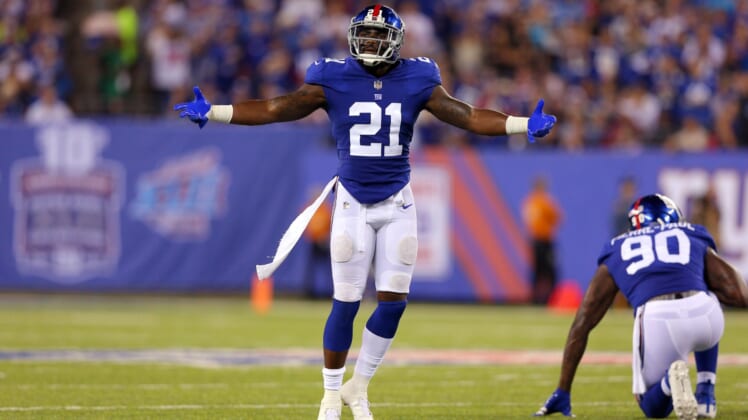 The deal calls for $84 million over six seasons with $45 million in total guarantees. Collins’ average annual salary of $14 million makes him the highest-paid safety in the NFL. The same can be said for the total value and the guarantees.

Collins, 25, earned three Pro Bowl appearances in his four seasons with the Giants. Though, he has struggled big time in coverage and is seen as an in-the-box safety.

Following the reported deal, multiple NFL teams expressed shock over what Collins received from the Redskins.

These reactions shouldn’t be considered a surprise. Collins made his name known back in 2016 as a play-making safety. That season saw him record five interceptions and four sacks. In the two seasons since, the Alabama product has tallied exactly two interceptions and zero sacks.

If a safety who struggles in coverage is going to receive a pay day like this, it’s certainly going to help true free safeties.

That means the market for Earl Thomas and Tyrann Mathieu, among others, is going to be absolutely robust. In NFL terms, those types of single-high safeties or centerfielders are more valuable than veterans of Collins’ ilk.