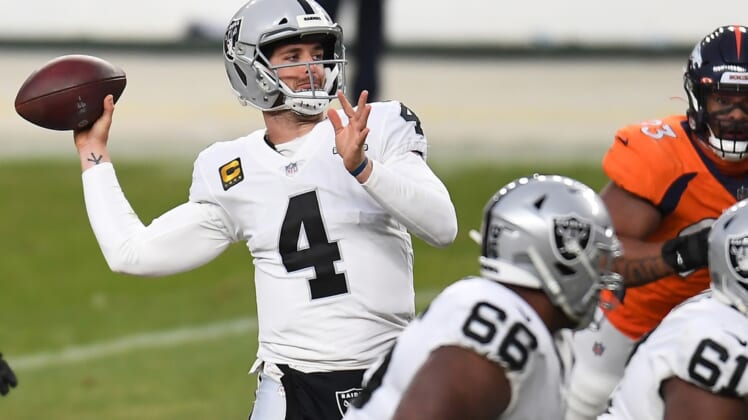 Specific terms of the agreements were not announced, but the negotiations reportedly involve five-year deals that will pay the league just shy of $1 billion. The NFL has opt-out clauses it can invoke toward the end of the deals if desired.

The NFL could sign additional operator partnerships at a lower tier going forward, according to reports.

“As the sports betting landscape has continued to evolve in the United States, we have been thoughtful with our strategy and are excited to announce three partners who share the NFL’s vision and goals,” said Renie Anderson, NFL chief revenue officer and executive vice president of NFL partnerships in a release. “Working closely with Caesars, DraftKings and FanDuel, we will provide fans new and different ways of interacting and engaging with the sport they love.”

Caesars, DraftKings and FanDuel will have permission to use the NFL logo and team marks on their platforms. Additionally, the three companies receive the right to integrate sports betting content directly into NFL Media properties, including NFL.com and the NFL app.

Previously, the NFL had partnered with sportsbooks in Australia and Latin America.