In a memo distributed to teams on Tuesday, the league said it is requiring players and staff to wear masks during any pre- and post-game interactions between teams... 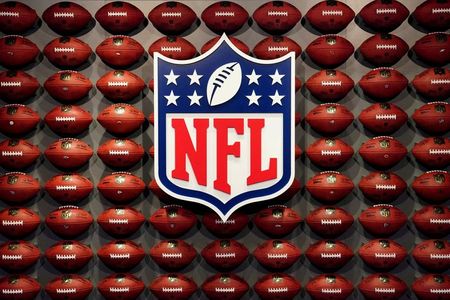 (Reuters) – The National Football League (NFL) is enhancing its COVID-19 safety protocols, instructing teams to broaden the use of face coverings and improve social distancing after more players tested positive for the novel coronavirus.

In a memo distributed to teams on Tuesday, the league said it is requiring players and staff to wear masks during any pre- and post-game interactions between teams, and at any time while inside the locker room on game day. Clubs must also expand their sideline “Bench Area” to the 20-yard line.

The document confirmed that two teams that competed on Sunday had at least one player each who later tested positive for COVID-19, but it did not specify which teams or players were impacted.

NFL Chief Medical Officer Allen Sills told reporters on Tuesday that the players with COVID-19 positives who played on Sunday had their samples obtained prior to competing but that the results did not come back in until Monday.

Of the two teams, the first “had numerous game day close contacts,” including six who were subsequently placed in isolation for a minimum of five days, while the other had just one player identified as a “High Risk Close Contact” through contact tracing.

Sills said that if a player, coach or member of staff were found to have tested positive for COVID-19 mid-game, he would be removed from the field immediately.

The NFL season has faced a number of schedule changes due to positive tests for COVID-19 among players and personnel and last month the league said teams found violating COVID-19 safety protocols may be forced to forfeit games.