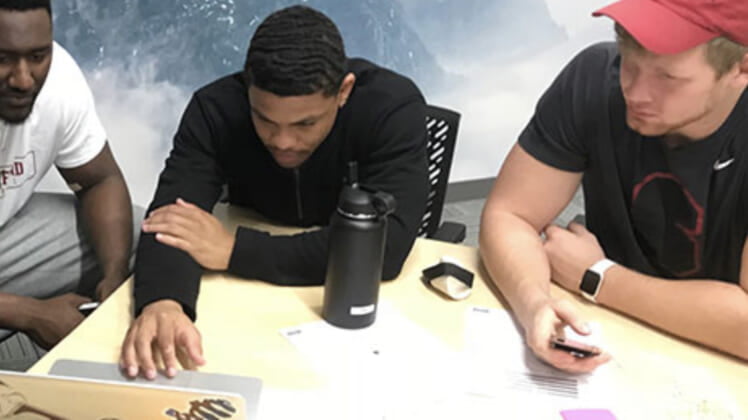 While recent years have seen an increase in concussion awareness and prevention at the higher levels, it’s really something that will start at the youth level.

To that end, Positive Coaching Alliance (PCA) and TeachAids have come together to provide CrashCourse. In a joint press release, PCA and TeachAids described as “an interactive learning experience which educates youth nationwide about concussions.”

“CrashCourse is the second free health education program launched by TeachAids in collaboration with Stanford University, following the global success of its award-winning HIV/AIDS interactive software, which is used in 82 countries around the world. It is backed by Google, Microsoft, Barclays, UNICEF, and others, and partnered with 250+ governments, school systems, and NGOs around the world.”

A number of high profile people within the sports world back CrashCourse.

One of them is Dick Gould. The former longtime Stanford tennis coach serves as Vice Chairman of TeachAids and Advisor for PCA. Additionally, Gould earned 2012 Lifetime Achievement Award Recipient from PCA.

Steve Young also serves on both advisory boards. He dealt with concussions throughout his career and ultimately had his career ended with a concussion in 1999.

Another supporter of CrashCourse is Julie Foudy. The Women’s World Cup Champion and former Olympian serves on both advisory boards, as well.

“The CrashCourse materials by TeachAids have been an outstanding resource for our young athletes,” Foudy said. “It’s been incredible to watch the tremendous momentum around this initiative expand across our country.”

Foudy added that “providing engaging and scientifically-sound education on head injuries is of paramount importance.”