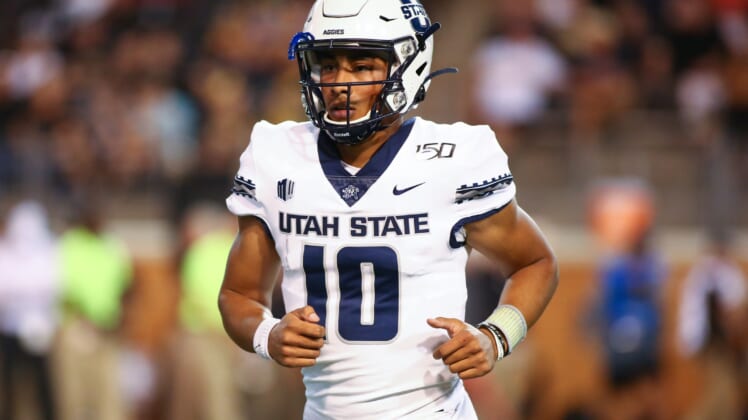 There is no doubt that Utah State product Jordan Love is generating a ton of buzz heading into the NFL draft, but some aren’t convinced he’ll make it at the next level.

Teams are certainly doing their homework on the athletic gunslinger. Recently, ESPN reported that seven teams got in touch with Love’s college coach over a five-day span to get the inside scoop on the intriguing quarterback.

The most consistent thing coming out of all this is that there is no consensus about Love’s pro potential. To that end, one NFL coach told Mike Freeman of Bleacher Report that Love has “some raw talent, but he’s a fourth-round pick, maybe.”

Freeman also shared that, “Some personnel people adore him and believe he’ll be a special player. Other teams think he’s a project whose future lies most likely as a backup.”

So clearly, there’s a lot of uncertainty about this young man.

It’s worth noting that there’s absolutely no way Love falls to the fourth round. Heck, it would be seriously stunning if he fell out of Round 1, and most mock drafts have him going in the first round.

But comments like the one above are clear indicators that there is plenty of skepticism Love will become an elite talent at the NFL level.