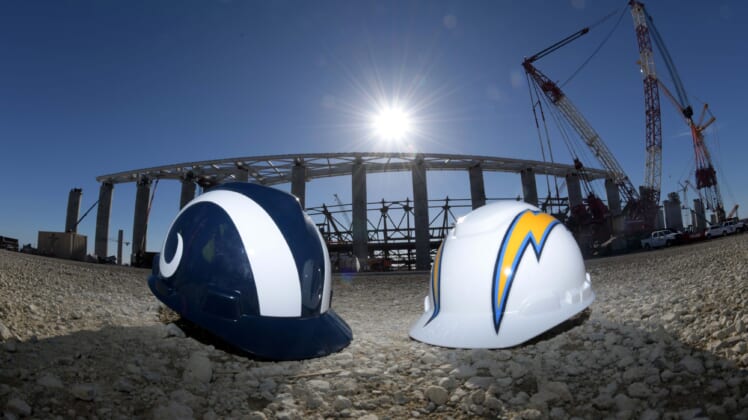 Every summer, NFL fans look forward to a new season of HBO’s “Hard Knocks” to see an NFL team featured on the hit sports documentary series. This year, with sports fans hungrier than ever for football, NFL Films and HBO will be shaking things up with two teams on “Hard Knocks”.

Now that NFL players are just a month away from reporting for training camp, HBO and NFL Films are preparing for another exciting season of “Hard Knocks”. For the first time, they’ll be featuring two NFL teams with the spotlight in Los Angeles on the Chargers and Rams.

The new season of Hard Knocks will start on Aug. 11 on HBO and there will be no shortage of storylines for football fans to enjoy. From how both teams prepare for the season with the league’s strict guidelines due to the COVID-19 pandemic, to the Rams trying to replace Todd Gurley and the Chargers’ quarterback battle between Tyrod Taylor and Justin Herbert.

We’ll have to wait and see how different things look with social distancing, but that will make this season even more fascinating to watch. Football fans have been desperate for something to watch and we’re only a few months away from getting it.