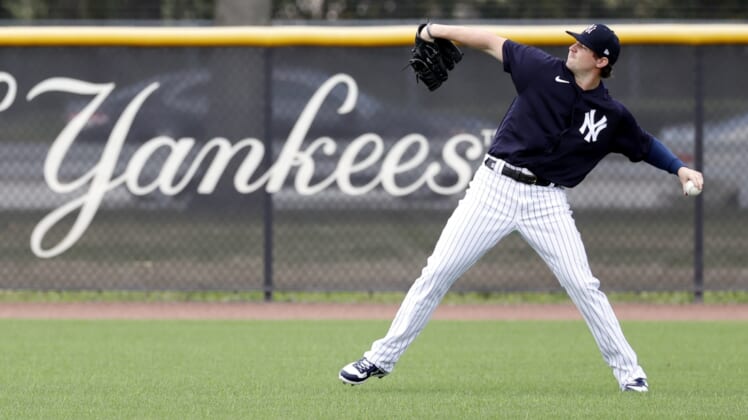 Britton experienced soreness Sunday night and had the MRI on Monday, Boone said. The Yankees are expected to get the results later Tuesday. Boone added “it’s not the UCL,” which would require season-ending Tommy John surgery.

However, Britton could miss the start of the season.

“I would say it’s always concerning any time any of your players are going through tests because they’re not quite where we want to be,” Boone said. “But let’s find out where we’re at and what the days ahead mean. Zack overall feels pretty good. He’s in good spirits about it. But let’s get the answers first.”

Britton, 33, has yet to pitch in an exhibition game. A bout with COVID-19 in January set back the southpaw’s training. He told the New York Post that the virus “hit me pretty good” and caused him to lose a lot of weight.

Britton is coming off a dynamic season setting up Yankees closer Aroldis Chapman. He posted a 1-2 record with a 1.89 ERA in 20 appearances and eight saves. The two-time All-Star struck out 16 batters in 19 innings against seven walks.

This would be his third full season with the Yanks after coming over from Baltimore in a trade in 2018.