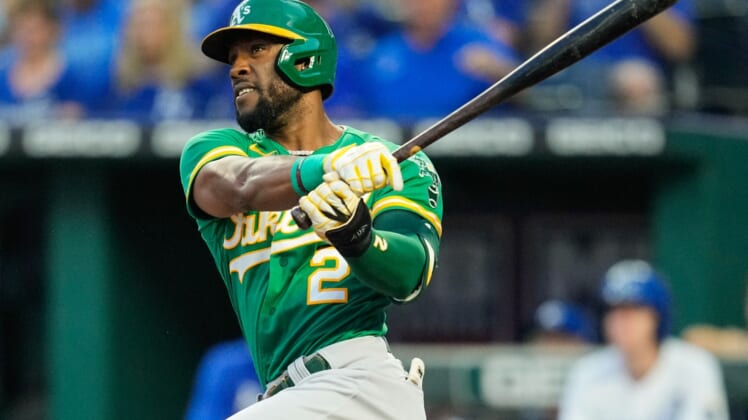 While millions of Americans went shopping on Black Friday, it appears that the New York Mets did as well.

The Mets, who have not confirmed any of the contracts, are coming off a 77-85 campaign. They have missed the playoffs in five consecutive seasons.

Marte, 33, split last season between the Miami Marlins and the Oakland Athletics. He had a collective batting average of .310 with a .383 on-base percentage and a .458 slugging percentage with 12 home runs, 55 RBIs and a career high-tying 47 stolen bases.

Canha also will be coming to New York from Oakland, where he played for the A’s the last seven seasons. The 32-year-old hit .231 with a .358 on-base percentage and .387 slugging percentage last year with 17 homers and a career-high 61 RBIs, plus a personal-best 12 stolen bases.

Escobar played for both the Arizona Diamondbacks and the Milwaukee Brewers in 2021, hitting .253 with 28 home runs and 90 RBIs. The 32-year-old earned the first All-Star nod of his 11-year career.