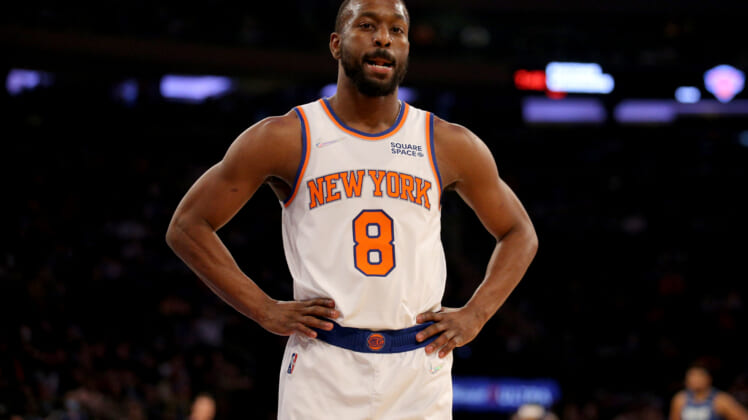 New York Knicks coach Tom Thibodeau has seemingly lost chemistry with his team, and that disconnect may have started in November when he benched veteran point guard Kemba Walker.

Over the last few weeks, the Knicks (25-34) have been a dumpster fire show at Madison Square Garden. Although the team hasn’t been playing as well as hoped for far longer, February has seen them reach new lows as they’ve blown multiple double-digit fourth-quarter leads against teams they should beat.

The latest came on Wednesday when they entered the final period of their home game against the Brooklyn Nets with a 28-point lead, and somehow still lost to a Nets squad without Kevin Durant, Kyrie Irving, or recently acquired all-star Ben Simmons.

The teams 1-7 February is just the latest low point for a group that has lost the player-coach synergy they had last season when they finished fourth in the NBA eastern conference standings. Now they sit in last place in the Atlantic division and twelfth overall in the conference.

The Knicks’ woes have been a growing problem for months, and a recent report by SNY Knicks reporter Ian Begley may shed some light on when the schism, between the team and last year’s “NBA Coach of the Year,” began.

“Some players privately questioned how [Thibodeau] handled the benching of Walker earlier in the season. Walker said that he and Thibodeau didn’t speak for a significant stretch after Thibodeau decided to bench him,” Begley wrote on Thursday.

Walker was benched in November, only to be returned to the starting lineup a month later

Walker was benched after 20 games despite being a highly touted free-agent addition that was expected to help fix weaknesses the team had at the point guard position in 2020-2021. The team did not fare much better with six-man Alec Burks was thrust into a starter role, and the Bronx-native was eventually given his starting spot back a month later.

Walker is a respected player in the sport and popular with his teammates. Sending a career-long starter to the bench is a delicate situation to navigate. If Thibodeau handled it poorly — as it seems he did — the team may view those decisions as disrespectful and it has caused a deep rift between the coach and his players. Benching Walker for the fourth quarters of games that the team might have won if he played surely hasn’t helped either.

This is combined with MVP candidate Julius Randle having a disappointing third season in New York and building friction with fans and his teammates over his play this year. Suffice to say, Thibodeau’s seat as Knicks coach is getting hotter by the day.