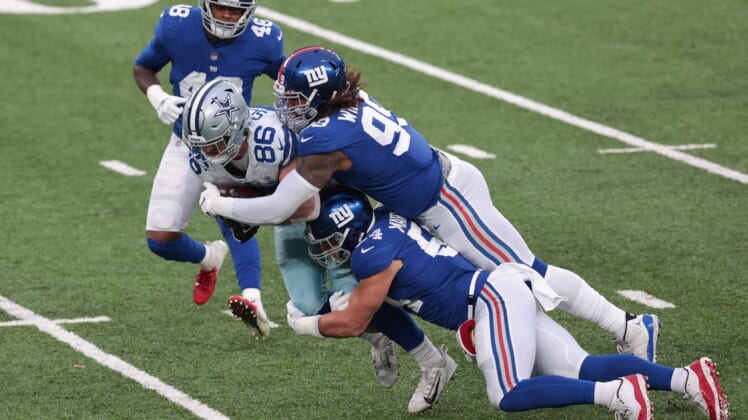 Leonard Williams agreed to a three-year, $63 million deal with the New York Giants, according to multiple reports.

The Giants removed the franchise tag exercised before last week’s deadline to lock up their defensive line anchor for multiple seasons.

According to the reports, Williams and the Giants negotiated intently for multiple days and settled on a shorter three-year deal that includes $45 million guaranteed and a $22.5 million signing bonus.

Signing Williams provides needed cap room for the Giants. If the Southern California product would have played on the tag in 2021, he would have counted $19.3 million against the salary cap. That number now drops into the neighborhood of $11 million.

Williams, 26, was acquired from the New York Jets in 2019 and played the 2020 season on the franchise tag for defensive tackles worth $16.1 million.

The sixth overall draft pick in 2015, Williams spent the first four seasons of his career with the Jets.