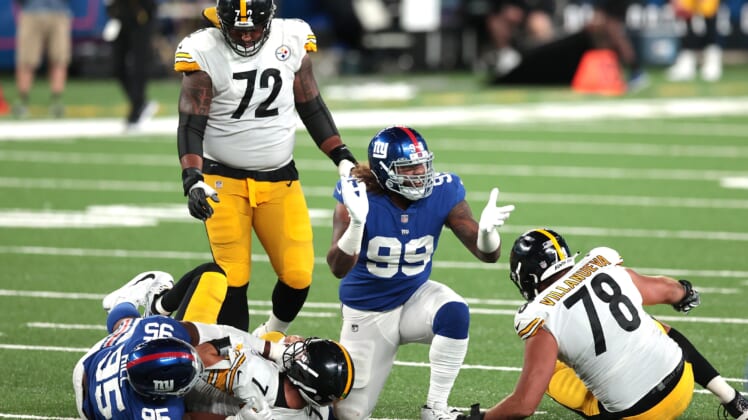 Even after receiving the New York Giants’ franchise tag for the second straight year, Leonard Williams and the team found a way to work out a long-term contract extension after all.

Williams will remain in the Big Apple for the foreseeable future after the two sides came to an agreement on a gigantic deal on Tuesday.

ESPN’s Adam Schefter reported the full details of Leonard Williams’ $63 million payday, which doesn’t come as a total shock considering how strong the 26-year-old looked in 2020:

Williams was the sixth overall pick in the 2015 NFL Draft, but struggled to find his stride across town with the Jets as they went through multiple front office and coaching changes.

Ultimately, all that turnover led to the Giants being able to acquire him in a modest trade during the 2019 campaign, in which Dave Gettleman sent a 2020 third-round pick and a 2021 fifth-rounder to Gang Green in exchange for Williams.

It wound up being the best move Gettleman has made to date during his tenure as general manager. While top draft picks in tailback Saquon Barkley and quarterback Daniel Jones will ultimately determine the success of Gettleman’s roster rebuild, he can at least hang his hat on pulling off that Williams trade.

Pro Football Focus’ data has always held Williams in relatively high regard, and his 75.8 overall grade from the 2020 campaign was relatively in line with the rest of his career. However, the breakout production that was slightly missing before popped, as Williams recorded 30 QB hits and 11.5 sacks.

Getting that type of pressure on the opposing passer as an interior defender is almost unheard of. Such an achievement is, dare we say, Aaron Donald-like. For comparison’s sake, the Los Angeles Rams superstar had 13.5 sacks and 28 QB hits last season, so that’s not far off from Williams’ totals.

Leonard Williams was worth the pricey franchise tag investment in lieu of a long-term agreement, but both sides are no doubt relieved to get this thing done. Now, the breakout stud of the Giants’ rather stout defense has his future secure on Broadway, and could be part of a huge resurgence in Year 2 of the Joe Judge era.

If Jones and Barkley are both healthy in 2021 and the defense keeps growing under coordinator Patrick Graham, look for New York to seriously threaten for the NFC East title.